What does the smell of fried potatoes look like in a Corona patient? 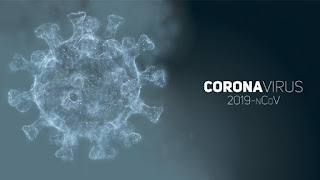 How does covid-19 infection change your sense of smell? And what does the smell of french fries look like in a Corona patient? We give you the answer here in this comprehensive report.

People with coronavirus (scientific name SARS Cove 2) have recorded the following changes in the way they smell things:

2-chocolate becomes smelled like a bad chemical smell, according to the Wall Street Journal (WSJ).

3. coffee, its smell became like the smell of burning tires.

4. garlic, accompanied by the smell of garbage, according to a report by CNN.

According to the Wall Street Journal, up to 80% of Corona patients experience temporary loss of their sense of smell, and most recover within a week or two. The scientific name for the loss of the sense of smell is the “nose” (anosmia).

But a smaller group, maybe 10-20%, lose their sense of smell longer, and when they regain it they find their favorite foods, familiar smells and even their body odors have changed. The meaning is that the sense of smell has changed, and the scientific name of this condition is “parosmia”.

This condition occurs as a result of the mixing of signals between olfactory sensory neurons (the nerve cells in the nasal cavity that detect odors) and the part of the brain where odors are decoded and interpreted.

Researchers from universities in the United States, the United Kingdom and Germany, led by Harvard University, published a series of animal studies that indicated that the Ace-2 receptor (ACE-2), the main protein through which coronavirus enters the body, is not present in olfactory sensory neurons.

Experiments involving mice showed that the virus is more likely to cause damage to the “supporting cells” in the nasal cavity that allow odor-detecting neurons to work. When these supporting cells are infected, the body generates inflammation to try to isolate and fight the virus.

If the damage to the support cells is minimal, the patient usually quickly regains his sense of smell. But if a sufficient number of supporting cells are damaged, or if there is sufficient inflammation, the nerve cells can also be killed or their function changed, resulting in a long-term loss or change of the sense of smell.

The good news about “parosmia” is that its occurrence indicates that the sense of smell is gradually returning to normal, and that the body is repairing nerve damage caused by the virus, according to the Wall Street Journal.

Vanderbilt University Medical Center says one possibility behind the loss of the sense of smell in people with a general respiratory infection-such as Corona – is that people with upper respiratory tract infections often experience congestion, bleeding and other nasal symptoms that can block the ability of smell to reach the olfactory nerve located in the upper part of the nasal cavity.

“We believe that the main reason, especially those with permanent or prolonged loss of olfactory function, is that the virus causes an inflammatory reaction inside the nose that can lead to loss of olfactory nerve cells, “adds the Medical Center.

He adds that in some cases this is permanent, but in others, nerve cells can regenerate. This is most likely what determines which patients recover.

While olfactory loss may seem simple at first glance, it can be a very big and frustrating problem for the sufferer if it continues with it, and can have serious psychological consequences. It may also pose a major public health problem if we have a growing population with a permanent loss of the sense of smell.

Loss of the sense of smell can lead to:

The effect on a person’s enjoyment of eating, and in some people this may lead to psychological problems, because they no longer enjoy food.

The inability to smell can threaten a person with poisoning, as he may eat rotten food, but he does not know because he cannot smell it.

Our sense of smell helps us deal with emergencies, for example the smell of a gas leak in the kitchen, or the smell of a fire. Not paying attention to these odors in time can lead to accidents such as a leaky gas ignition, or not leaving a fire place for survival.