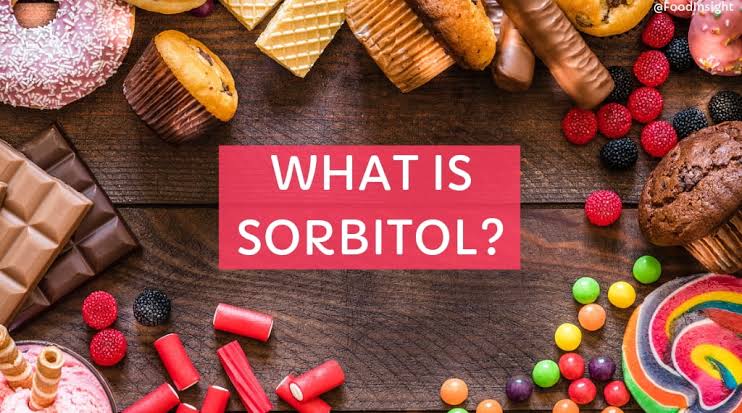 Sorbitol, also known as E420, 50-70-4, D-sorbitol, and D-glucitol is a type of carbohydrate. Which falls under a class of sugar alcohols called polyols. This water-soluble compound is naturally found in some fruits, which include apples, apricots, dates, berries, peaches, and figs. It is also commercially manufactured from corn syrup for use in foods, beverages, and medicines.

Sorbitol is used commercially to retain moisture and add some sweetness to the flavour. In addition to supporting the health of the digestive system and the mouth.

First, sorbitol is often used in foods and drinks in place of traditional sugar to reduce their calorie content. Sorbitol contains roughly two-thirds of the calories of regular sugar, and provides about 60% of its sweetness.

Second, the sweetener is often added to foods that are given to diabetics. This is because it does not have a significant effect on blood sugar levels when ingested. Compared to foods made with traditional sweeteners such as table sugar.

Third, unlike table sugar, sorbitol does not contribute to the formation of cavities. This is one reason why they are often used to sweeten sugar-free gum and liquid medicine. In fact, the Food and Drug Administration, such as sorbitol, may benefit oral health. This is based on a study that found that sorbitol may reduce the risk of cavities compared to regular table sugar.

Sorbitol is also used on its own as a natural laxative to relieve constipation. Sorbitol draws water into the colon from surrounding tissues to promote bowel movement. Sorbitol syrup can be purchased at pharmacies without the need for a prescription.

Side Effects and Precautions

Taking sorbitol in large amounts can cause bloating and diarrhea in some people, especially if you are not used to taking it regularly. This effect may be unwelcome for some people, but the desired effect for those who use it to enhance bowel activity may make it a suitable option.

Fortunately, other side effects of sorbitol are uncommon. The most common complaint is diarrhea, which may be accompanied by strong abdominal cramps or nausea.

Although some laxatives may cause you to get used to it and should not be used for long periods, sorbitol is considered a less dangerous laxative than other laxatives, but this also does not mean that it is used and taken more often.

What is the dose of sorbitol and how do you take it?

You can get sorbitol as a laxative as an enema or as a liquid solution to take by mouth. You can take it orally with a glass of water or by mixing it into other drinks. Recommended doses of sorbitol vary for different cases, as studies show that unwanted side effects are more likely to occur if you consume more than 10 grams of sorbitol per day.

If you think you have taken too much sorbitol and are experiencing some side effects, you should go directly to the nearest doctor for examination and advice. Therefore, it is always preferable to adhere to the prescribed doses written on the package and not to take more sorbitol.

What are the drug interactions of sorbitol?

Sorbitol should not be taken with calcium or sodium polystyrene sulfonate, which are used to treat high levels of potassium in the blood, as this may cause a reaction that may lead to the death of intestinal tissue.

If you are taking sorbitol to relieve constipation, avoid taking other laxatives at the same time unless your doctor prescribes it. This may increase the effect of diarrhea, which can cause severe dehydration.

What are the alternatives to sorbitol?

If you are looking for an alternative to sorbitol to provide some laxative effects. There are many other options if sorbitol is causing some side effects. Similar alternatives to sorbitol include some other sugar alcohols such as erythritol or xylitol, which are commonly used in chewing gum and diet drinks. There are some other foods that may provide a similar laxative effect, such as:

Flax and Chia Seeds: Each 1/4 cup of these seeds (or the equivalent of 30 grams) contains 8-10 grams of fiber that promotes stool elimination from the body. Castor Oil: This long-acting natural laxative derived from castor beans is full of ricinoleic acid. Promotes bowel movement. Fruits and vegetables: Fruits and vegetables rich in fiber such as berries and leafy greens can enhance stool output. Legumes: beans, chickpeas, lentils, peas and peanuts are all rich in fiber and bituric acid, which enhance stool output. From the body. Aloe vera: Aloe vera gel is often used as a laxative, as it contains anthraquinone glycoside, compounds that draw water into the intestines and activate the digestive system. Magnesium Citrate: Magnesium citrate enhances the process of softening stool and stimulating bowel movement. As a natural stimulant for the intestines, it stimulates the movement of the intestinal muscles.