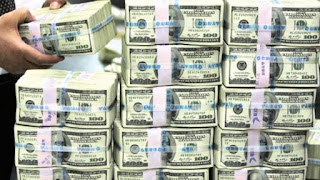 At a time when the Corona virus caused the largest loss to the global economy, the reality of the situation of billionaires in America has positively affected their wealth, which has increased more than a trillion dollars since the start of the pandemic.

In terms of the numbers, the Institute for Policy Studies and Americans for Tax Justice said that the wealth of 651 billionaires rose from $ 2.95 trillion since mid-March to $ 4.01 trillion last Monday.

The Executive Director of the Institute for Political Studies, Frank Clemente, confirmed that the aforementioned increase exceeds the $ 916 billion package to revive the country’s economy that Congress is considering, and is a final attempt to break the months-long stalemate to find new aid for the economy severely affected by Corona before Trump leaves office. Next January.

The new proposal is slightly larger than a $ 908 billion compromise unveiled by a bipartisan group of senators last week, while the study authors stated that the fortune’s $ 1 trillion dividends could cover $ 3,000 recovery checks for all the roughly 300 million Americans. citizen.

The increase in the wealth of billionaires in the United States sparked a debate about imposing greater taxes on them, and New York City has already witnessed demonstrations organized by youth groups demanding a reduction in the growing inequality in wealth.

In the same context, Alexandria Ocasio Corti, a rising star on the left wing of the Democratic Party, is pressing for an increase in taxes in New York, which, like many states, is facing a budget crisis due to the epidemic.

The American Hopkins University announced that the number of Corona virus infections in the country is close to 15 million, after the country recorded a remarkable increase in the number of daily infections, while the number of deaths exceeded the threshold of 283 thousand cases, which makes the United States top the list of countries most affected by The Corona epidemic has spread so far.