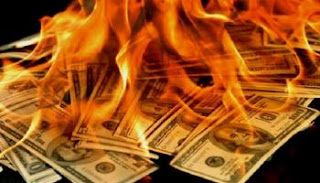 On Thursday, the dollar fell to its lowest level in two and a half years against a basket of currencies.

Investors are betting that more economic stimulus from Washington and anticipating the start of distribution of Covid-19 vaccines will support the riskier assets.

While US lawmakers have failed to reach an agreement on new aid to ease the pandemic-ravaged economy, there are initial indications that a $ 908 billion proposal with bipartisan approval could gain traction.

The conclusion of global markets … the day the stocks, oil and gold won over the dollar

Gold prices today .. the collapse of the dollar jumps an ounce to its highest level in a week

Investors expect lawmakers to eventually reach an agreement as the two parties also face a December 11 deadline to pass a $ 1.4 trillion budget or risk a government shutdown.

“Britain has started immunization and the United States is expected to do so in the coming weeks, while it appears that Coronavirus infections have peaked in Europe and the same could be said of the United States as well,” said Yujiro Goto, head of strategies at Nomura Securities. All this eases concerns about that The economic recovery is losing momentum. “

That optimism surpassed the most disappointing US jobs data for November and helped support the Euro despite broad expectations that the European Central Bank will improve its quantitative easing next week.

The US currency fell against most other currencies, except for the Japanese yen, which is a safe haven, as the dollar held on to its rise against the Japanese currency at 104.47 yen.

The Australian dollar traded at $ 0.7409, after hitting a 26-month high in the previous session, after data showed that Australia’s economy rebounded more than expected in the third quarter.

The Chinese yuan traded in foreign trade at 6.5478 to the dollar, near its highest level in two and a half years that touched it last month, to maintain its strength due to expectations that the White House under the administration of US President-elect Joe Biden will be a more favorable factor for the growth of China’s economy.

The pound sterling stabilized near its highest level in 3 months, and recorded in the latest trading 1.3387 after volatile dealings on Wednesday as markets await whether Britain and the European Union will be able to reach a trade agreement.