How to remove the blackness of the knees 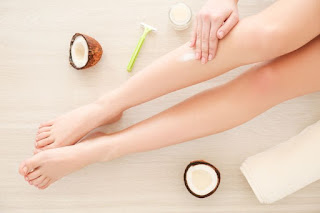 The problem of darkening of knees

It is a form of pigmentation that occurs in the melanin layer, which forms a change in skin color.

Skin pigmentation is completely harmless and sometimes does not need treatment, it is not a disease, but what happens is that some areas become darker than the rest of the body, so the majority that appear to have dark areas lighten to parallel the color of the primary body .

Causes of darkening and discoloration of the knee

Skin pigmentation or blackening occurs as a result of an increase in the proportion of melanin in the epidermis, and the most prone areas are blackened knees and joints, and this is caused by several reasons, the most important of which are :

The accumulation of layers of dead skin on the skin .

Friction of some areas .

Eczema is a skin disease that results in depigmentation of the skin due to excessive melanin production.

Skin infections and not treated in a cry way .

Dry skin can sometimes cause hyperpigmentation .

And because everyone wants clear and beautiful skin, many are working to find treatments to remove it and reduce its appearance .

Treatment of darkening of the knee naturally

Epigallocatechin gallate, or EGCG, is an ancient folk remedy that inhibits melanin accumulation as it inhibits the tyrosinase enzyme responsible for making melanin in the skin .

Way to use : get a cup of hot water put a bag of green tea and let him cool a little, put the cat in a mixture of tea area, wiping out dark areas, use it twice a day .

There is a study that says that aloe vera gel contains allosine, a substance that reduces pigmentation caused by exposure to sunlight, but this study has not yet been proven .

And to try aloe vera treatment only you can grease the dark area with aloe vera gel, repeated two or three times a week

It can also be mixed with yogurt and left on the knee for 15 to 30 minutes, this mask is useful in cases of darkening caused by sunlight .

Turmeric contains curcumin, a substance that also inhibits the activity of tyrosinase, which reduces the formation of melanin, which is useful in reducing hyperpigmentation .

How to use it: put a small suspension of turmeric, a suspension of yogurt or white honey and mix until a dough is formed put on the dark area for 10 minutes to 15 minutes, wash with water and then we moisturize, used two or three times a week .

Recipes for getting rid of darkening of the knees at home

But these treatments do not benefit alone, but you must follow a routine to reduce pigmentation and treat blackness, and can follow some things that may benefit in lightening the darkening of the knee, including :

The use of creams and lotions which are useful in this case.

You can use simple and natural materials from home to peel these places and from them :

Exfoliation removes the dead skin that has accumulated on the skin, which helps to lighten it and get rid of the dark color .

Treatment of darkening of knees with lemon

Do paste by mixing bicarbonate of soda with lemon, in equal quantities, rub the dough prior to the knee for a minute and rinse with lukewarm water .

Almond oil is a powerful and inexpensive moisturizer , just apply it to the dark area of the knee and put on a cloth every night, besides it works to fully moisturize the skin but it is also a natural opener .

Use a loofah or a rough sponge

Rub your knees with a rough Plouffe while bathing for at least 30 seconds, it is an inexpensive natural scrub that is a cure for dead skin and dry skin and is also used in cases of psoriasis .

Darkening of the knees

The lotion is used daily on dark areas and knees and works to deeply moisturize the skin, which avoids dry skin, which is one of the main causes of darkening most areas of the body .

Sunlight is one of the causes of hyperpigmentation, which also causes skin damage and scars on the knees, just use sunscreen before exposure, and the use of sunscreen may help to remove dark spots .

If your dark spots are permanent, you should use a whitening cream containing hydroquinone, which is used for no more than 6 weeks and no less than four weeks.

Just put the cream daily on the knees and you will get a better result through those cities, but warns people with sensitive skin use creams which contain hydroquinone which may cause inflammation .

Choose products that contain glycerin and Vaseline, two components that are highly effective for moisturizing and lightening the knees .

The acute lack of vitamin A directly affects the regeneration of skin cells, which is caused by a change in skin color and tan, so you need to pay more attention to your overall health and increase the amount of vitamins beneficial to skin health and treat things from the beginning before aggravating the problem .

Minimize direct exposure to the sun, use a permanent sunscreen .

Lack of water, which leads to dry skin and is the main factor for the appearance of dark places, you should drink enough water to moisturize the skin and skin .

Wearing tight clothing also causes the appearance of dark areas as it works to itch the skin, wear wide and cotton clothing .

Lose weight and reach an ideal weight , as overweight and obesity diseases may be a cause of the appearance of suntan of the knees .

There is a role hormones play in skin pigmentation so you need to address hormonal imbalance or accept it if it’s natural .