How important is the hormone estrogen for women? 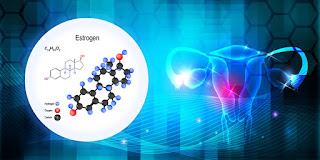 Have you ever asked yourself, Ma’am about the importance of estrogen for women? A woman’s body contains many hormones that play important roles in many vital processes in the body, and these hormones hormone estrogen, and is a set of hormones that play an important role in sexual development and reproductive natural for women. The ovaries in a woman’s body produce most of the amount of estrogen, and the adrenal glands and fat cells also produce small amounts of these hormones. In addition to regulating the menstrual cycle, estrogen affects the reproductive system, urinary tract, heart, blood vessels, bones, breast, skin, hair, mucous membranes, pelvic muscles and brain. Some secondary female characteristics such as the appearance of armpit and pubic hair also begin when estrogen levels in a woman’s body rise.

What are the bodily functions in the hormone estrogen

The hormone estrogen reduces osteoporosis and helps increase bone formation, where it works with vitamin D, calcium and other hormones to form and strengthen bones, and this explains the osteoporosis that affects most women after the cessation of the menstrual cycle and lack of estrogen levels as well as helps protein synthesis and increases the liver production of multiple proteins and various coagulation proteins. Estrogen increases the adhesion of platelets in the blood.

Estrogen increases HDL and triglyceride levels, reduces LDH and promotes lipolysis. As for its effect on salts, estrogen causes sodium and water retention in the body, and reduces bowel movement.

The effect of estrogen on hormones

Increases estrogen levels of certain hormones such as cortisol and hormone globulin associated with sexual. And also increases the hormones melanin and pheomelanin and reduces levels of the hormone Aleutian.

Plays hormone estrogen plays an important role in maintaining the psychological state of women. The sudden drop in estrogen levels in the blood and the periods of decline that often occur in females are always associated with a significant decrease in mood and psychosomatic disorder. After birth, low estrogen levels during menopause can lead to depression, which is medically known as postpartum depression.

With the end of pregnancy and childbearing and the onset of menopause, the body’s production of estrogen becomes much lower. In fact, estrogen and progesterone levels begin to decline around the late 30s, with most women entering menopause in their early 50s, 12 months after menopause.

The importance of estrogen for women is useful for numerous studies conducted on the hormone estrogen that plays an important role in maintaining the health of the skin, improves collagen content and quality, and increases skin thickness and improves blood flow to the skin. Estrogen works via estrogen receptors located on human skin.

The number of estrogen receptors varies in different parts of the body, and the highest levels of these receptors appear in the areas of the face and skin above the thigh and breast.

Health experts emphasize that low levels of estrogen in a woman’s body increase the chances of developing cardiovascular disease. A lack of estrogen in the blood helps atherosclerosis and increases the risk of strokes, heart disease and strokes.

The importance of the hormone estrogen for women

Estrogen levels in the blood

Take certain medications such as steroid and tetracycline.

Tumors of the ovaries or adrenal glands.

The danger of estrogen deficiency in a woman’s body :

Light or heavy bleeding during the menstrual cycle.

The appearance of some cancerous lumps in the breast and uterus.

Weight gain, especially in the thighs and waist.

Dryness of the vagina.

How to naturally increase estrogen levels in your body

There are many foods that contain phytoestrogens, which are phytoestrogens-like substances. Some studies suggest that eating these foods may increase estrogen levels in the body, including :

Vegetables such as cauliflower, cabbage and radish.

Soy and some foods that contain soy protein.

Estrogen is one of the most important hormones in a woman’s body, and in addition to its importance in a woman’s sex life, it plays an important role in many different body functions of a woman.