Causes of weak immunity in children 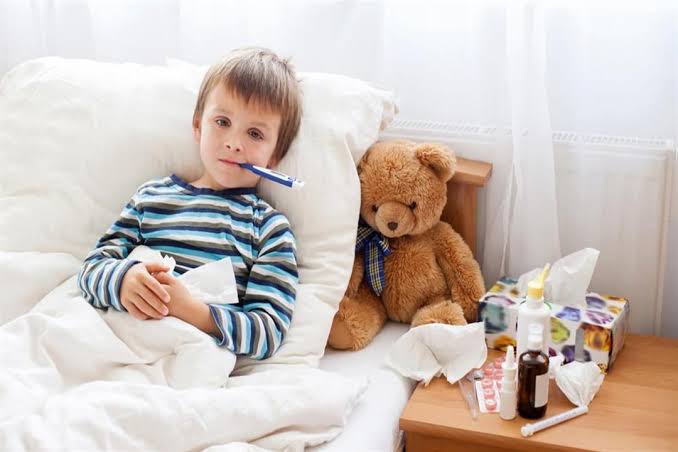 The child acquires immunity in his first months from his mother, where he acquires immunity until the sixth month of life, and therefore he is not given any medications such as antibiotics, and some children may suffer from immunodeficiency for several reasons.

The newborn acquire immunity from the mother

Antibodies are transmitted from the mother to the fetus through the placenta and the umbilical cord, which means that the immunity of the newborn is formed while he is still in his mother’s womb, and therefore he derives it from her.

The infant obtains immunity from the mother’s milk through breastfeeding.

Breast milk contains interferon, which is the most powerful natural antiviral.

Breast milk also contains special antibodies that protect the internal tissues of the child’s body such as the wall of the stomach and intestines, as well as the mouth and the alimentary canal.

Experiments have shown that the breastfed child is exposed to a lower rate of diarrhea and gastroenteritis compared to the child who is breastfed.

The newborn is exposed to respiratory infections due to weak immunity, premature birth.

Not to breastfeed, especially after birth, as colostrum or nail milk contains antibodies that protect the newborn.

Infants develop pneumococcal disease due to hyperimmune disease, and this disease is the most common cause of infant death around the world.

The child is malnourished

Offer fast food to the child.

Not serving meals rich in fruits and vegetables.

Drink a lot of soft drinks.

Lack of personal hygiene available to the child in his environment.

Infection of children with some acquired and hereditary diseases that cause immunodeficiency.

The mother must take care of her nutrition during pregnancy, and get the necessary vaccinations for the period of pregnancy to give birth to a healthy baby, and strong immunity.

The pregnant woman should follow up with the doctor to avoid premature birth, which leads to the birth of fetuses with weak immunity.

The mother should take care of breastfeeding her newborn for two years.

You should also be interested in introducing natural juices to the infant after the sixth month because they contain vitamins that strengthen immunity.

The child must be exposed to sunlight daily and at the appropriate times.

The mother’s keenness to raise the child in a clean environment in terms of food and clothing.

If the child is sick, the mother should take him to the doctor, and not give antibiotics without a prescription because they decrease the child’s immunity.