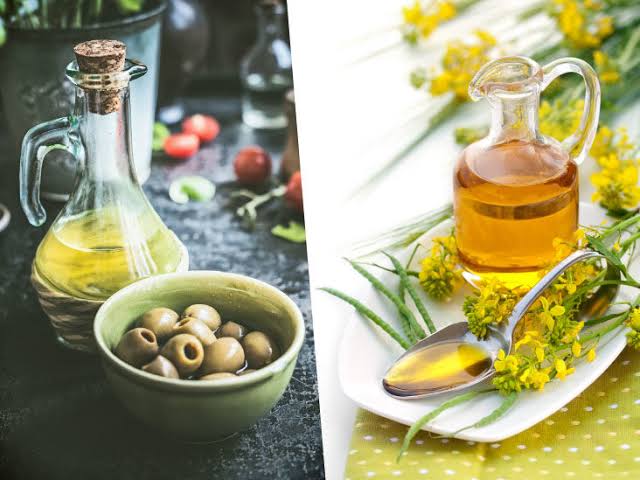 Can canola oil really be used to lose weight?

Canola oil is one of the most healthy vegetable oils that can be used for weight loss, which is extracted from canola seed powder, and it is also one of the best oils that maintain heart health in addition to many other health benefits, so canola oil is one of the healthy alternatives that you can add Add to your healthy diet, and in this article we will explain to you the benefits of canola oil for slimming and losing excess body weight.

Canola oil is the vegetable oil that is found in many types of foods. Canola oil is obtained from the powder of the canola plant. Canola plant contains various nutrients, and canola plant oil is safe for human consumption. Experts and scientists have developed many varieties that improved the quality of seeds and led to a major boom in the manufacture of canola oil. Most canola crops have been genetically modified (GMO) to improve oil quality and increase the plant’s tolerance to herbicides.

There are many healthy oils such as olive oil, avocado oil, and coconut oil, and these oils work to reduce excess body weight. Canola oil is considered a safe and healthy cooking oil, and canola oil is used as an ingredient in many processed foods such as bread, potatoes, pasta, frozen foods and desserts.

Canola oil contains a high percentage of alpha-linolenic acid, which is one of the essential fats for the body, and the body converts it into active forms of omega-3 fatty acids, which are similar to the fats found in fish oil and fatty fish.

3- Canola oil is used in cooking:

Canola oil can be used as an alternative to oils and fatty substances when following a healthy diet to lose excess body weight. Canola oil is characterized as a versatile oil when used to cook healthy foods, as it can be used in cooking processes instead of butter, ghee, frying, and added to make sauces and salads.

The monounsaturated fatty acids have positive effects on health and the body, especially in people who suffer from obesity and overweight, and these fats reduce levels of harmful LDL cholesterol and increase levels of good cholesterol, HDL, and one study found that people who eat bread consisting of canola oil They had lower blood sugar levels compared to people who ate regular bread.

5- Canola oil lowers the concentration of triglycerides in the blood:

Some doctors say that canola oil contains high levels of erucic acid, which is a poisonous substance for humans and can lead to many diseases. It is safe to use, but more research and studies are still needed to confirm the safety of canola oil on human health.

Certainly, there is a need for more research and studies on the effects of canola oil on health. There are many other oils that have many health benefits and help in weight loss, as these oils are heat stable and can replace canola oil in cooking processes. And you should keep in mind that saturated fats like coconut oil are the best choice when using high heat cooking methods like frying because they are less prone to oxidation.