5 tips for applying the standards of beauty etiquette 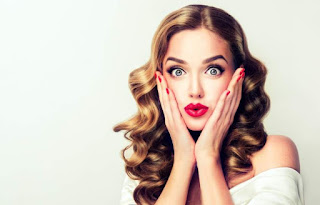 Etiquette arts include many types, which many may be ignorant of, including Beauty Etiquette, which includes under its umbrella a set of practices and standards that give perfection and beauty to every woman’s look.

Maya Karim, the international etiquette consultant and trainer, explained 5 basic tips that suit every girl or woman, regardless of her own style, in highlighting the components of the look, such as face makeup, hairstyle and accessories, stressing that these apparent components leave an impression on the minds of others, which indicates the extent of everyone’s interest in himself Various social events as well as social life.

In the first advice, I emphasized the need for the lady to be keen to match the general appearance of her looks with the occasion she goes to, especially since many girls make the mistake of exaggerating looks on daily occasions and appearing with a simple look during important occasions, so she must be careful to compromise with appearance.

She said: “It is necessary to adhere to light makeup in workplaces, university work and pay homes (condolences), taking into account the occasion itself, while the job makeup may be somewhat heavier than the university makeup, but far from exaggerating colors and heavy smoky makeup, which may give connotations. With an official and irresponsible figure, work and lack of responsibility.

And she stressed the need to avoid dark and striking lipstick colors and shiny eye shadows, and to adopt eyeliner, mascara, blush and light lipstick among the basics of the daily look for work and university, which gives the impression of commitment and eagerness to perform job and academic duties.

In the third, she advised to adopt the French manicure or the nude colors closest to the natural look of nails during official working hours and job interviews, and the fourth advice called for not to put make-up and cosmetics in public places or in the car, and it must be placed at home or in the bathroom.

And finally, not borrowing or borrowing the makeup of others, and gently apologizing in the event that one of them asks for eyeliner or lipstick, which is one of the common mistakes that girls practice among some of them, especially in universities.