When is the best time to drink coffee? 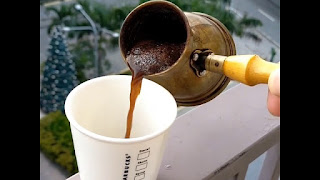 What are the best times to drink coffee? What are the most prominent benefits? What about the caveats? What is the amount that is advised not to exceed?

Many people drink coffee immediately after waking up, but – according to a Deutsche Welle report – there are studies that must avoid consuming it in this way, and it is better to wait for a while, so that the level of energy in the body does not increase excessively.

Coffee contains caffeine, and the body releases the hormone Cortisol after waking up, and combining the two would negatively raise energy and thus stimulate tension.

Also, you should avoid drinking coffee before going to bed, as caffeine hinders the sleep process, and experts advise that the last cup be at least 6 hours before bed.

So the answer to the question: What are the best times to drink coffee? It is the last morning.

What are its most prominent benefits?

The HealthAssential portal stated that moderate consumption of coffee can be beneficial to health, as it helps reduce the risk of diabetes, liver disease and cancer.

Nutrition expert Andrea Dunn noted that there are not many problems when consuming coffee in a moderate way, but rather it positively affects health, as caffeine, which is a natural stimulant present in coffee, helps to feel more active while improving memory and state Caffeine also boosts stamina and increases performance during exercise.

She added that coffee is not limited to caffeine only, but contains about a thousand different plant compounds, and not all of these compounds have been scientifically researched yet, but these compounds have many positive effects. Coffee beans are also rich in antioxidants to protect cells from damage.

Recent studies have also proven that the various components of coffee make it a very healthy drink, in addition to that consuming it moderately can reduce the risk of some diseases, such as type 2 diabetes, and this also applies to decaffeinated coffee.

And returned the nutrition expert to confirm that a daily cup of coffee can help reduce the incidence of neurological disorders, Alzheimer’s and Parkinson’s, in addition to that it may protect people from the risk of developing liver diseases such as fatty liver and cirrhosis.

Researchers also discovered that people who drink coffee are less likely to develop liver cancer and colon cancer, as well as it may protect people from depression.

What are the caveats?

Despite the health benefits of coffee, excessive consumption of it may lead to high blood pressure and dehydration, in addition to stress and anxiety, in addition to the fact that drinking coffee in excess can affect sleep, especially when consumed late in the day.

The nutritionist concluded her statement that the daily consumption of caffeine does not exceed 400 milligrams, and a small cup of coffee usually contains 80 to 100 milligrams of caffeine, with the need to stay away from additives such as sugar, whipped cream and unhealthy flavors.