Turmeric and its amazing benefits 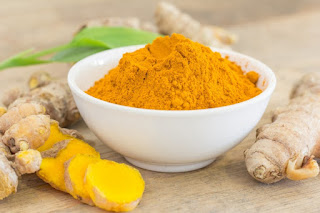 Turmeric and its amazing benefits

A scientific study conducted at the National Research Center in Egypt has proven that using turmeric powder with food daily helps protect liver cells and bile from the side effects of birth control pills. The study, conducted by Dr. Hana Ahmed Hamdi, professor of hormones at the center, also confirmed that the plant has tremendous medical benefits in addition to being immune and mental strength tonic, anti-inflammatory and antioxidant. She pointed out that back to nature.

In treatment logo taken by most public health organizations in the world where we find half of the drugs currently in the market containing effective natural extracts of plants and herbal remedies. Turmeric is one of these plants which are used to bring life and activity to the body.

And about its medicinal properties says turmeric is a famous spice in the Arab countries, although the native of India has been used as a color material since 600 years BC and discovered by the famous traveler marcopoulou in China and Indonesia and the plant belongs to the family of janspiliates and is currently used in abundance as a natural material gaining color,taste and

It is used in India for health and beauty in the cosmetic and decorative tools industry, ages and is also used to remove excess hair.

Dr. Hanaa Hamdi that recent studies have proven medical benefits, many building blocks of turmeric have indicated these studies to beneficial in the treatment of cases of chronic diarrhea as it treats some types of worms are parasitic and effectiveness proven to treat cough, colds and congestion of the throat, tonsils, helps in the treatment of some types of bronchial asthma.

It also has a role in speeding up the wound healing process because of its anti-inflammatory properties as well as is used efficiently in the treatment of cases of anemia where it can stimulate the production of red blood cells as it is a stimulant of immunity and mental strength and has antirheumatic properties, as well as useful in cases of fever and

Dr. Hana Hamdi points out that the plant is used as an adjuvant treatment in diabetes, where it stimulates the secretion of insulin from several pancreatic glands as well as turmeric can prevent the aggregation of platelets, it is a blood clotting inhibitor and is useful in relieving angina pain and in the treatment of colon infections as well as has a clear

Among its medical uses, says Dr. Hana helps him in the treatment of kidney diseases and urinary and venereal diseases it is also used in the treatment of some skin diseases and relieves the pain of gums and teeth and has anti-poisons properties of insect bites and snakes pointed out that the last of these studies and recently published proved that turmeric has antioxidant properties .

Cancer, especially breast cancer, can bind to progesterone receptors to inhibit the action of these hormones that help complete the cancerous process in cases of breast cancer. The plant also has antiviral properties so it is used in the treatment of hepatic viral infections.

She points out that turmeric contains 95% of a substance called curcumin, which has all the active properties, 5% oils, sugars, vitamins, important minerals and no traces of heavy metals.

In female lab rats, it is known that these pills in the long term may cause a type of severe biliary insufficiency for women, which is a marked decrease in the level of cholesterol and bile acids, which is accompanied by a pronounced rise in the level of bile gland enzymes in the blood plasma and may lead to the destruction of some liver cells and the release

It may also produce a type of liver infection that releases certain antimicrobial white blood cells into the blood plasma and eventually a type of oxidation on the liver cells that causes it to be destroyed.

She pointed out that the study proved that the use of turmeric before or during birth control pills led to the return of cholesterol and bile acids to their normal rates with a clear decrease in bile gland enzymes and the return of normal bile flow rate as well as the use of the plant modified the activity of enzymes specific to liver function.

Due to its antioxidant properties and its ability to capture cancer-causing free electrolytes, turmeric has been able to stimulate the production of antioxidant enzymes within the body, resulting in a high proportion and increased the body’s defensive strength to protect the liver from cirrhosis and hepatosis.

Dr. Hanaa Ahmed Hamdi, professor of hormones at the National Research Center, says the powdered plant can be used at the rate of one teaspoon on a cup of warm milk daily or put about 100 milligrams of this powder daily with food to help protect the liver cells and bile from the side effects of the pill with long use.

The author of the research confirms that turmeric has no side effects on humans up to a dose equal to 8000 milligrams per day for 90 consecutive days.