The best teas for the treatment of irritable bowel syndrome 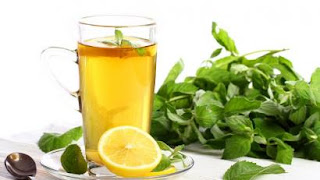 But : can some herbs and herbal teas also help relieve symptoms?

If you want to know more about what teas may be best for Irritable Bowel Syndrome or IBS, and how they can help treat IBS symptoms, read on to read this valuable article. But before that,:

What do you know about irritable bowel syndrome IBS?

Irritable bowel syndrome is a condition affecting the digestive tract. And it involves a misunderstanding between the brain and intestines. Symptoms can include abdominal pain, bloating, constipation, diarrhea, or alternative types of bowel movements.

Between 7% and 21% of people are affected by irritable bowel disease. This condition is more common in women and young people than in other groups.

There are many teas that may be useful in relieving irritable bowel symptoms. These include:

One review found that Mint, prepared in the manner of tea, reduced the intensity of pain for people with irritable bowel syndrome compared to placebo.

However, Mint is not recommended for use by people with hiatal hernias, gastroesophageal reflux disease or gallbladder problems . Heartburn is not an uncommon side effect.

Peppermint essential oil has also been studied as a treatment for irritable bowel syndrome (IBS). Essential oils should be inhaled through a dispenser or applied to the skin only after being diluted with carrier oil.

People should also always talk to their doctor or aromatherapy before considering taking essential oil orally. An article in the American Family Physician stated that very high doses of peppermint oil can be very dangerous and can lead to death.

However, the risks of drinking mint tea are low and the benefits may be significant. Where some studies show that peppermint tea can reduce intestinal cramps and helps liver to remove toxins from the body.

Turmeric is another herb that has been studied on persons with irritable bowel syndrome.

In a study published in 2005, researchers examined the effect of turmeric extract tablets on irritable bowel syndrome in adults. Where participants took either 1 or 2 tablets every day for 8 weeks.

And at the end of the study, the researchers found that turmeric extract reduces the abdominal pain. Overall, about two-thirds of those who received turmeric extract had an improvement in their symptoms.

And since then, there has been more research about the effect of turmeric on inflammation in bowel diseases . Although not yet tested in humans, this research has produced positive results for IBS symptoms.

Taking turmeric has relatively few risks. It is known to reduce inflammation and act as an antioxidant, both of which are health benefits for someone with irritable bowel syndrome.

And sold tea, turmeric in tea bags, pre-packaged or can be made at home using ground turmeric or a piece of turmeric root.

Turmeric can also be mixed with lemongrass and cinnamon to make a delicious mixture .

And reported by some scientists that curcumin curcumin is the active ingredient in turmeric, can have an effect on blood sugar levels, so it is particularly important for patients with diabetes discuss this with your doctor.

People with gallbladder problems should talk to their doctor before taking turmeric. This type of spice is likely to exacerbate acid reflux and cause stomach discomfort. Another concern is the effect of turmeric on blood clotting .

People often consume ginger for symptoms associated with gastrointestinal disorders, according to the International Foundation for Functional Gastrointestinal Disorders . It is also commonly used in traditional Chinese medicine.

And with that, the scientific studies about the effectiveness of ginger in the treatment of irritable bowel syndrome are not available. The extract is thought to help reduce inflammation, strengthen the lining of the stomach and promote bowel movement.

Ginger tea can be made using pre-packaged tea bags. There are also recipes using fresh ginger or dried ginger, such as ginger and honey tea, turmeric and ginger tea.

Fennel is useful for people with irritable bowel syndrome because it can help relax the intestinal muscles and relieve gases. It has a sweet, aniseed-like flavor.

Further research is needed to see if fennel tea can also help relieve symptoms. Fennel tea can be purchased in pre-packaged tea bags or prepared at home.

And may researchers reported that fennel may not recommended for pregnant women, and it may interact with some medications.

Chamomile tea is a popular type of herbal tea. Some people think it is useful for relaxation but this has not been confirmed by many studies.

Some people choose chamomile tea to relieve stomach upset. It is also possible to offer benefits to people with irritable bowel syndrome because gastrointestinal symptoms can be related to stress.

Because we care, we hope that you write to us in the comments about the topics you like and interested in so that we can introduce them to you, because we want our site to express the interests of the Arab reader.