The benefits of goat milk 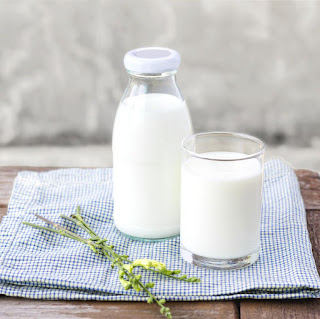 In many regions of the world, many choose to eat goat’s milk instead of cow’s milk or other. Does it have to do with how easily the intestine digests it and contains fewer allergens, or are there other reasons?

The comparison, as it is said, between the main elements of goat milk and that of cow’s milk in particular, indicates a number of differences in various aspects, which may favor goat milk and justify the preference of some. It should be noted that the smell that accompanies goat’s milk, as many scientific sources point out, is not primarily due to the presence of chemicals in it, but rather because of the improper way of cleaning the udder and preventing its contamination with any substances on the goat’s skin that is caused by the presence of that smell in goat’s milk.

But, before viewing the comparison, let’s look atthe composition of the components of milk in general and why its combination looks like this body.

* Ingredients for milk milk of different sources, if we look at it remotely, we find it a liquid thicker than water, and a white color. If we look closer, we find it is a mixture of small balls of fatty butter emulsified in an aqueous liquid. By the word emulsification, it is meant to force the pellets offatty butter to mix and exist inside this aqueous liquid.

As we get closer and closer to looking at both the fatty part and the watery part, we find the following:

* These butterfat globules are surrounded by a shell of fatty phospholipid compounds and proteins. The importance of this barrier cover lies in two things:

– The first is to keep the fat butter pellets apart and separated from each other, i.e. not collected as when churning milk to isolate the butter alone. The second is to protect this butterfatty from decomposition and digestion by the action of enzymes contained in the liquid aqueous part. In these lipocytes are known fatty vitamins, namely Vitamin A, K, DD, and EE.

Goat milk for any milk including:

– Goat’s milk contains different types of proteins. Goat’s milk provides a softer type of curd milk curd, making it easier to pass through the intestines and digest . This is on the one hand, and on the other hand goat’s milk contains less allergenic protein substances . Knowing that the amount ofproteins that are secured to the body goat’s milk is higher than that of cow’s milk.

– Goat’s milk contains less lactose sugars, but the difference in this is slight compared to cow’s milk. – Although both types of milk are very similar in their content of salts and minerals, goat’s milk has the advantage that its calcium content is 13% higher. The role of calcium is known not only in building bone, but also in accelerating the burning and removal of fat from the body. Also, the amount of vitamin B-6 in goat’s milk is 25% higher, and the amount of vitamin A is 47% higher. Most importantly for heart artery health and blood pressure reduction, goat’s milk contains over 134% more potasim. As well as 400% higher amounts of zinc, 300% of vitaminiacin, and 27% of selenium, an antioxidant that reduces prostate cancer. But two things about cow’s milk are that it has the highest content of 500% vitamin B-12 and 1,000% vitamin folate, both of which are red blood cell boosters, which forces goat’s milk to be enhanced when produced.

* Fat and goat milk fat and cholesterol ingoat milk differ from those in cow’s milk in many respects, but the most important are two things. First, the amount of cholesterol in each cup of goat’s milk is less by 30% than in the type.

The second is that the amount of wholesale fat, i.e. saturated and unsaturated, in goat’s milk is 10% less than in cow’s milk, and of better quality. So even if the amount of fat in goat’s milk is similar to that in cow’s milk, the most important advantage of goat’s milk is that its fat is easily digestible and does not accumulate on each other easily. And also the quality offat itself is different in goat’s milk, and from healthy species. Because goat’s milk contains a larger amount of some types of fatty acids, such as linoleic and arachnodonic and short-chain and medium-chain types of fatty acids in their synthesis chain, which are all fats that are easy for human gut enzymes to digest, which means that there is a difference in the length of the chain of the lipid complex and its saturation. While cow’s milk fat consists of 17% fat of medium chain length, goat’s milk fat contains up to 35% more fat. Represent Day this type of fat available after molding scientific research about its health benefits on the intestines and due to its related body’s need for energy and reduce the chances of cholesterol deposition.

Indeed, the future of goat’s milk demand will often be with further studies on the healthy fatty side of low cholesterol and high short and medium fatty acid compounds. As well as its high content of potassium and vitamin niacin, and are useful to reduce intestinal absorption of cholesterol. And also for the relatively high contentof calcium, selenium and vitamin E.