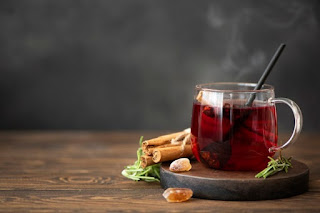 Enjoyed for ages, tea is the second most consumed drink in the world after water. The tea refreshes, while promoting alertness due to its moderate caffeine content. In addition to drinking, it can flavor a multitude of dishes, from poached eggs to sorbet, including fish stuffed with tea leaves.

Season: All year round;

When harvested, the tea is in the form of small light green leaves accompanied by a bud, at the end of the branches, which is white and downy.

Word from the nutritionist

8 benefits of tea: why eat it?

Antioxidants are compounds that protect cells in the body from damage caused by free radicals. The latter are very reactive molecules that are believed to be involved in the development of cardiovascular diseases, certain cancers and other diseases linked to aging. Tea contains several polyphenols, a large family of antioxidants, the three main ones being catechins, theaflavins and thearubigins. The polyphenol content in tea can vary depending on a number of factors such as climate, season, variety of tea, freshness, and brewing time. In general, green tea is said to have greater antioxidant activity than black tea.

According to data from reviews of the scientific literature and observational studies in humans, tea, or some of its compounds, may be beneficial for cardiovascular health. Among these compounds, we note the antioxidants which would possibly play an important role. Indeed, observational studies have suggested that a high intake of flavonols, in some cases mainly from tea, as well as a high intake of catechins, from tea and other sources, were associated with a risk. lower death from cardiovascular disease. It has also been suggested that tea may help lower blood lipid levels in animals.

Studies in vitro, in animals and some observational studies in humans suggest that green tea has beneficial properties in the prevention of cancer.

Reviews of the scientific literature indicate that tea, whether green or black, can help reduce the formation of tooth decay. In the case of green tea, it is its polyphenols that are said to limit the growth of bacteria associated with cavities such as E. Coli, S. Salivarius and S. mutans. In addition, green tea and black tea are believed to be able to decrease the activity of salivary amylase, an enzyme that breaks down starch in foods into simple sugars, which also contributes to anticariogenic action.

In humans, some clinical studies have shown that the catechins in tea can cause a slight decrease in body weight and body fat percentage. This effect could be explained in particular by an increase in metabolism. However, most of these studies looked at purified green tea extracts.

An observational study in humans investigated the potential link between tea and cognitive function in the elderly. Researchers found that people who consumed two or more cups of green tea per day had a significantly lower risk of cognitive deterioration.

Observational studies in older women indicate an association between regular tea consumption and better bone density. Hypotheses have been put forward to explain these results, in particular the content of fluoride and flavonoids in tea which could have an influence on bone health.

The caffeine in tea is also called “theine”. Its quantity may depend on the variety of tea and the processing and preparation methods. For example, green tea is said to contain less caffeine than black tea. Appreciated for its stimulating effect, caffeine can also cause side effects such as irritability, nervousness, insomnia, a diuretic effect, altered heart rate and gastrointestinal disorders. Experts consider caffeine consumption exceeding 500 mg to 600 mg per day to be abusive. Such consumption can constitute a risk for health, especially for the bones and the cardiovascular system. In women of childbearing age, it is recommended not to exceed 300 mg per day. The table below gives an overview of the average caffeine content of some foods and drinks.