Plasma for face and skin 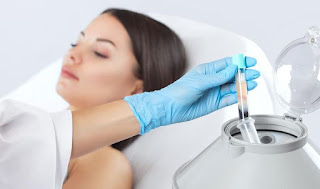 Facial plasma is a modern technology where the person’s blood is used and the plasma contained in it is extracted, purified and then re-injected again, and this technique is used for many cosmetic purposes, such as enhancing collagen production, solving skin problems and is used in treating hair problems and we will write in this article about Plasma for face and skin.

It is known that plasma is not among the chemical treatments, and it is not also an external source of an unknown substance, so that the plasma h is extracted from the blood of the person, to be then filtered and returned back to him by injection, and it is known that plasma is a major component of blood, so that The blood consists of three elements, white and red blood cells, and the transparent H element (plasma). It is known that plasma contains many vitamins, minerals and hormones that are very beneficial for the face, so that the plasma rich in platelets is used with face injections, and its mission is to treat damaged cells in the face, and produce cells New, restore facial freshness, increase collagen production, and fill in all the cavities caused by wrinkles, and plasma injections help mask discoloration and facial defects.

Plasma face helps treat many problems that may be exposed to the skin, and we will mention some of them:

Reducing and improving the appearance of fine lines or wrinkles.

Fill the face so that it appears more vibrant and fuller, it may be used as an alternative to botox.

A comprehensive reduction and improvement of the appearance of the face, removing all traces of scars, paleness and marks left by pimples

Plasma helps reverse the harmful effects of the sun’s UV rays on the skin and face.

Blood plasma helps to rejuvenate facial skin and solve most of its problems.

Blood plasma helps in removing the darkness under the eyes and removing the effects of fatigue resulting from physical exhaustion and lack of sleep.

The doctor who specializes in injections provides many tips before starting the process, and we will mention them in the following:

The doctor advises the person applying for the operation to drink a lot of water, in order to maintain the amount of plasma in the blood.

It is recommended to eat healthy foods that do not contain much fat and are rich in fiber.

Plasma damage to the face

Plasma injection is an important treatment for the face, but there are some harms to it, which we will mention as follows:

Skin peeling: Some skin beauticians classify peeling of the surface of the skin within the group of potential damages that may result from plasma injection. This is also a temporary effect that will disappear after a while, provided that it is dealt with in the correct ways and under specialized medical supervision to avoid the situation from getting worse.

Increased pigmentation: Some people may suffer after plasma injection of the skin from the appearance of pigmentation and dark spots in the areas that were exposed to the injection, although this symptom represents a severe inconvenience and may prevent some people from leaving the house, but in the end it is not considered evidence of any serious danger and often It goes away on its own within days, so this condition is not dangerous for the face.

May cause infection: This is one of the most serious damages of plasma injection to the face, and infection may occur as a result of several causes, such as neglecting the process of sterilizing the injection and the tools used in the process, and the infection may be transmitted to the face through the patient himself if he is primarily infected with any virus or defect What is in the plasma, the only way to avoid this is to make sure to sign the necessary medical examination before performing a plasma injection of face or hair.