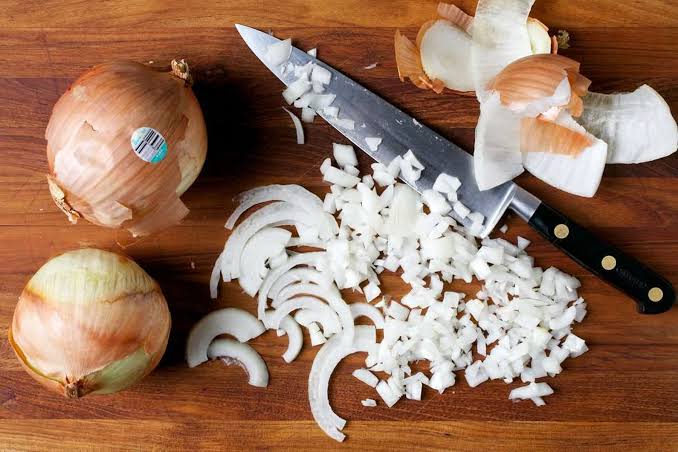 Onions are considered one of the most beneficial foods on earth, as they provide protection against cancer, and are good for the heart and osteoporosis, in addition to many other benefits.

Onions are considered one of the foods that protect against diabetes. Whereas, in the “Vidalia” region of the Republic of Georgia, a type of onion called “Vidalia onion” is famous, and the population eats it frequently in their daily diet. Statistics have recorded that the population there enjoys protection against cancer. And with a decrease in the death rate due to stomach cancer in particular, by up to 50% compared to the rest of the surrounding republics. And according to a study conducted by the National Cancer Institute in the United States, it was found that eating onions in abundance, especially with other types of the same plant family as garlic, provides protection against cancer, especially stomach cancer, esophageal cancer, and prostate cancer.

In one of the studies, the ovaries of a group of female mice were removed, and the purpose was to expose them to a loss of bone mass, just as the chance of women increasing osteoporosis after the cessation of ovarian activity by reaching menopause, and it was found that feeding them onions reduced the possibility of osteoporosis. And in another study published in Nature Journal, feeding a group of male mice with onion powder daily led to an increase in bone calcium, which amounted to about 17%.

Onions serve as a “pharmacy” that combines many types of beneficial compounds, especially those that give onions their irritating pungent smell. Onion participates in these compounds with the rest of its plant family, such as garlic, green onions, and shallots, and among the most prominent of these compounds

Sulfides, Thiosulfinates, Sulfoxides The researchers mentioned that onions are one of the important foods that reduce the death rate from heart disease by about 20%, while other foods included broccoli, green tea, apples, and the rest of the onion family.

4- Onions are useful for allergy sufferers and bronchial asthma:

Among the other compounds in the “onion pharmacy” is Quercetin, which is characterized by an anti-allergic effect and belongs to the family of antioxidant flavonoids. It has been found that this compound is useful in controlling cases of chest allergies, nasal allergies, and hay fever that lead to shortness of breath, narrowing of the airways, and obstruction. the nose .

5- What kind of onions do you choose?

All bulbs are useful, but red or scarlet onions are superior to white onions because they are rich in useful pigments that give them this coloring. And the stronger the smell of onions in general, the greater the benefits. And onions at the present time is one of the few plant foods that have succeeded from contamination with pesticides, so you can eat it safely.