Laughter is a therapy for body and soul 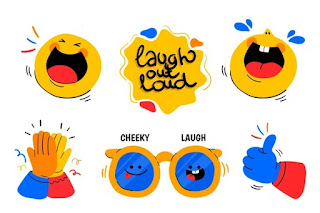 But did you know that laughter has benefits for your body, your health and your psyche that modify (and may even outweigh) medication?

Specialists at Harvard University conducted studies on the effect of laughter on the brain in the early 1970s, and since then medical centers have come up with evidence of the effect of benign laughter on several functions, health facilities in the body, in addition to mood and psychological adjustment, the most important of which are summarized in the following:

This is done by activating the body’s neurotransmitter receptors mediated by brain hormones such as dopamine (which is considered a natural anesthetic or opioid), and by studies using MRI, Dr. Allan Reiss of Stanford University has found that the area of the brain that is triggered by actions such as eating, sex (and laughing) secrete these hormones.

This feature has been used to treat people with chronic pain-causing diseases (such as cancer and arthritis) and to give them a chance to sleep and rest without pain by showing them funny comedies every day.

– Laughter is a cure for psychological distress

You’ve probably heard of the great psychological charges that runners get after they finish a run on the field . The hormones endorphins (happiness hormones) released in the blood of these athletes after a round of violent sports are the same as those found in the body after a bout of laughter, and are responsible for psychological detente and the disappearance of muscle tension after each injury, for a period of at least 45 minutes according to one study.

This means increasing blood perfusion of tissues and organs, delivering oxygen to all cells, and improving normal functions throughout the body, including the heart and blood vessels, which can modify blood pressure rise and reduce the likelihood of heart attacks and strokes.

Dr. William Fry, who has done a lot of research on laughter, says that the acceleration of heartbeats from running for ten minutes is equivalent to the acceleration from a strong laughter sustained for one minute, and Dr. Michael Miller of the University of Maryland, who attributes laughter to protecting the lining of blood vessels from hardening, advises that one add 15 minutes of laughter to

By reducing the secretion of the hormone cortisol, supporting and increasing T-cells and infection-fighting antibodies, this improves resistance against the disease, which is the opposite of what happens in cases of psychological distress, says Dr. Robert Provine of the University of Maryland.

– Laughter can stop the deterioration of people with depression

According to one study that showed that the creation of laughter in depressed patients led to the release of a combination of hormones and neuropeptides that improved the mood of sufferers.

According to a 2014 study at Loma Linda University that compared the performance of two groups of elderly people in solving memory strength exercises after showing one group a comic strip.

That gets especially diabetics (and even non-diabetics) after a stressful day, or after exposure to psychological excitement, also raises the body’s glucose tolerance.

It strengthens the bonds of friendship between people, mitigates the negative impact of disagreements, criticisms and disappointments, helps to endure common misfortunes, allows man to forget his hatred, is free from shame and fear in expressing his views in front of others, and improves the performance of employees in institutions. Perhaps the infection of laughter in humans is stronger than that of sneezing and coughing.

Dr. Provin says that the willingness to laugh is increasing as much as one is social, and the qualities of lightness, the presence of humor and the serenity of the bed are among the most important qualities that a woman looks for in her partner