In any month pregnant women feel the kicks of the fetus? 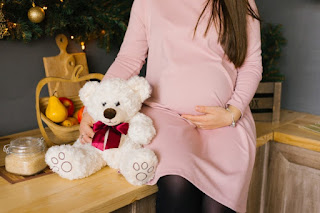 The movement of the fetus in the mother’s womb is evidence of good health, and those kicks begin from an early period of pregnancy, becoming more regular and frequent as the baby grows.

In a report published by the Spanish magazine “estilonext”, writer Elena Montes says that a pregnant woman usually has a lot of doubts and questions, among which are associated with fetal kicks, which begin at a certain stage of pregnancy.

In this context, the author answers a number of questions related to fetal kicks, when do they actually start? And when does a woman feel it? What should be done if the fetus?

In what month of pregnancy do fetal kicks begin?

It is estimated that a pregnant woman start to feel the kicks of the fetus in the fourth month of pregnancy; i.e. from Week 16, so even though the baby movements start earlier; i.e., in the previous week or third trimester of pregnancy. Usually such kicks indicate that the child is healthy and growing properly.

During the seventh or eighth week of pregnancy, fetal movements can already be detected through ultrasound, and the gynecologist can show these movements to the parents even if the mother has not yet felt them.

The fetus moves inside the uterus thanks to the “Amniotic fluid”, which surrounds it and protects it from shocks, the basic movements of which he initially performs are to raise his arms and legs, and later begins to do kicks.

When does the mother feel the movements of the fetus?

Usually it varies from woman to woman, and pregnant women notice these movements mainly when stretching, sitting or changing posture. In this case, the child’s opportunity to hit the walls of the uterus with his arms or his legs. As pregnancy develops, the fetus tends to move at specific times of the day; so the mother can predict when her baby will move.

There are factors that affect the intrauterine movement of the fetus, among which is the mother’s diet. For example, if the mother eats a lot of sweets, the fetus may move more actively; due to high blood glucose levels. When the glucose level in the mother’s blood rises, it then passes to the fetus through the placenta, resulting in regular movements for short periods.

From simple movements to kicks

Fetal movements in the uterus vary as pregnancy progresses. At a very early stage, when the fetus is a few centimeters long, it usually floats in the uterus, swinging and spinning thanks to the amniotic fluid. As the fetus grows, simple movements turn into kicks.

Are these kicks dangerous?

Such movements do not pose a threat to the health of the fetus or mother. On the contrary, such movements are considered an indicator that the fetus is healthy. And if the fetus stops moving for a long time, it is cause for concern.

The movement of the fetus indicates that it has minimal symmetry between the spine, head and shoulders, and the amniotic fluid protects it from damage when performing these movements.

Does the fetus stop moving in recent weeks?

Many believe that the fetus stop moving during the last weeks of pregnancy; but this is not true. The fetus grows up in the last period of pregnancy, and the space for movement for him becomes small; so his movements decrease, he becomes calmer; but his activity does not stop completely.

Fetal kicks during the first pregnancy

A woman during her first pregnancy feels the kicks of the fetus at Week 20, while in her second or third pregnancy at Week 16. This may be because the mother in her first pregnancy may think that fetal movement is stomach disorders or gases, and take some time to recognize her baby’s kicks. A skinny woman also feels those kicks more easily.

The frequency of fetal movements cannot be scientifically measured; however, there are some indications that kicks occur regularly and at intervals during the second “trimester” of pregnancy. As pregnancy progresses, movements become more frequent and regular.

During the second trimester of pregnancy, women can calculate the fetal kicks; they become more regular. Gynecologists are advised to observe the regularity and frequency of movements, as their lack or disappearance may indicate a problem that requires consulting a doctor.

If you are pregnant or considering pregnancy, you should consult your doctor. If any change in fetal movement, or if you have any concerns on the health of the fetus, see a doctor immediately.