Chocolate is visionary and insightful 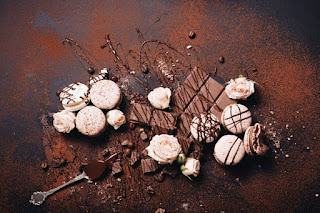 How does cocoa affect the brain? What are its most prominent benefits? What are the benefits of chocolate for sight? Is it useful for perception? Answers and more here.

In the report published by the Mexican magazine Soy Carmin, author Khathine Lopez says that cocoa powder can provide a lot of calories and protein, as well as it contains a large proportion of vitamins.

In addition to the sense of well-being it produces, cocoa stimulates and enhances memory and prevents brain aging.

Cocoa is distinguished by its high concentration of flavonoid compounds that have great health benefits, as they help maintain heart health and prevent cardiovascular disease.

Many foods we consider “unhealthy” have moved directly into the “most beneficial” foods column, as is the case with chocolate, particularly 100% pure cocoa, which can even be found on candy shelves in some supermarkets or flea markets. .

Previous studies have also shown that eating foods rich in flavonoids can be extremely beneficial to our vascular system.

It must be emphasized here that to obtain the benefits of chocolate, it is recommended to eat dark chocolate that contains 70% or more of cocoa, or drink cocoa powder, without adding cream, sugar, and others.

The author adds that a study analyzed the effect of cocoa on the level of mental abilities. Flavonoids are small molecules found in fruits and vegetables, lead author of the study researcher, Katarina Rendero.

Flavonoids also have the power to give these foods their color. When conducting the study, the researchers wanted to see if the flavonoids in cocoa had an effect on cognitive function.

After consuming cocoa, participants solved problems 11% faster. Interestingly, there was no improvement in performing the easier tasks.

Therefore, we should start thinking about adding this delicious food to our diet, as the presence of cocoa in our dishes can greatly improve the performance of our brains.

A US study in 2018 – cited by Deutsche Welle – found that dark chocolate helps improve eyesight in adults.

The study was conducted by researchers at Incarett Word University, Texas, and included 30 people (21 women and 9 men), with an average age of 26 years, who did not complain of any diseases or difficulties related to vision.

The researchers divided the people who underwent the experiment into two groups, and gave each one of them half a chocolate bar each time, the percentage of cocoa in it was different.

In one type, the percentage of cocoa was 31%, and in another, the proportion of cocoa was 72%. After two hours of eating the chocolate, the researchers noticed an improvement in the eyesight of the trial participants.

But what is the reason for this positive effect of this type of chocolate on visual acuity? Researchers believe that the flavonoids present in the cocoa plant affect the blood flow in the blood vessels of the eye, which improves their visual ability, as the dark chocolate used in the experiment contained 316 mg of flavonoids, while the other contained only 40 mg of it.