Impact of covid19 on the global economy. 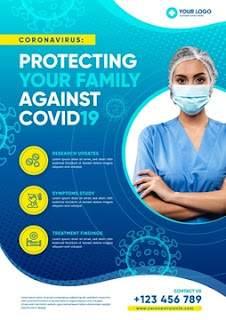 The 2019/20 coronavirus pandemic is an ongoing pandemic of coronavirus disease 2019 (COVID-19) caused by severe acute respiratory syndrome coronavirus. Although for most people COVID-19 causes only mild illness, it can make some people very ill. More rarely, the disease can be fatal. Older people, and those with pre-existing medical conditions (such as high blood pressure, heart problems or diabetes) appear to be more vulnerable. The pandemic has caused global social and economic disruption, including the largest global recession since the Great Depression and global famine affecting 265 million people. It has led to the postponement or cancellation of sporting, religious, political, and cultural events, widespread supply shortages exacerbated by panic buying, and decreased emissions of pollutants and greenhouse gases. Schools, universities, and colleges have been closed either on a nationwide or local basis in 172 countries, affecting approximately 98.5 percent of the world’s student population. Developed economies such as China, US, Germany, France, Italy and many more are at the edge of collapse. There have been incidents of xenophobia and discrimination against Chinese people and against those perceived as being Chinese or as being from areas with high infection rates. Every country struggles every single day to reduce the spread of this fatal disease. National reactions have included containment measures such as quarantines and curfews (known as stay-at-home orders, shelter-in-place orders, or lockdowns). By 26 March, 1.7 billion people worldwide were under some form of lockdown, which increased to 3.9 billion people by the first week of April, more than half the world’s population. By late April, around 300 million people were under lockdown in nations of Europe, including but not limited to Italy, Spain, France, and the United Kingdom, while around 200 million people were under lockdown in Latin America. Nearly 300 million people, or about 90 percent of the population, were under some form of lockdown in the United States, around 100 million people in the Philippines, about 59 million people in South Africa, and 1.3 billion people have been under lockdown in India. On 21 May 100,000 new infections occurred worldwide, the most since the start of the pandemic, while overall 5 million cases were surpassed. It’s observed that the economic recovery of Covid19 is only possible by 2021 because it has left impacts on the global economy and there are difficulties to bring it back to stable condition. Nations are going through collapse of their economy that points out the condition for them in this regard to almost 80 countries have already requested international monetary fund for financial help. Covid19 has already become a reason for closing businesses and supermarkets which is empty nowadays. Many economist have fear and predict that the fatal disease could lead to inflation. In relation to the globalized and connected world, wrong actions and policies taken by any state will stick a dangerous impact on other countries as well.