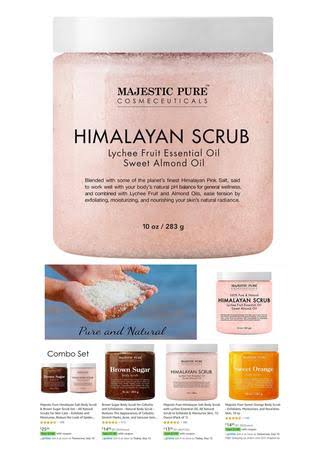 Himalayan salt is found in more than one color, such as white and pink, and it appears on the Himalayas naturally, and is covered with snow, lava and ice; This makes it natural and free from synthetic materials or external pollutants. 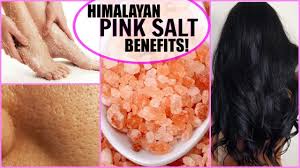 For these reasons, Himalayan salt is one of the beneficial substances for humans in general, and has many benefits for the skin in particular, according to “Super Mama.”

Eczema and psoriasis treatment: Himalayan salt is characterized by its ability to reduce redness and friction. It is soothing to the skin, contrary to what is expected from it. It reduces the peeling that may occur in these diseases, and soothes inflamed skin. due to the presence of magnesium.

Source of Magnesium: Himalayan salt contains magnesium, which is necessary for muscle contraction and movement, regulates the metabolism within our bodies, has a role in the nervous system, and can pass into the body through the skin.

Calm and Relaxation: Reduces the feeling of tension, fatigue and pain when used in the bathtub and staying in warm water with Himalayan salt. This effect is due to the possibility of forming negative ions from Himalayan salt in the air, as happens on beaches; Which brings a sense of calm and relaxation.

Acne treatment: Himalayan salt is characterized by its antibacterial properties and its ability to reduce oils, so it treats acne by reducing oil secretion, removing dead skin, and preventing the growth of acne-causing bacteria, especially in hard-to-reach places, such as the shoulder and back.

Cleansing the skin: Himalayan salt removes dead cells and reaches the deeper layers to clean them better. It is a good exfoliator, it rejuvenates cells, unclogs pores, reduces the appearance of fine lines, and then you get clean, fresh and vibrant skin