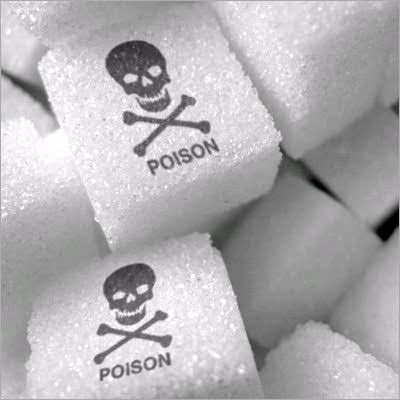 Eating sugar in excessive amounts is just as toxic as alcohol

Three US scientists have warned against excessive sugar intake, saying it is just as toxic as alcoholism and calling for restrictions equal to those targeting alcohol and smoking as taxes.

In order to reduce this consumption, they suggested imposing taxes on drinks and foods that contain added sugar, especially fructose or fruit sugar, in an article published in the British scientific journal Nature.

These measures, which would control the excessive consumption of sugar, which poses a threat to health, may amount to banning the sale of these products in schools and banning the sale of sweetened drinks to minors who have not yet reached the age of seventeen, according to Robert Lasting, Laura Schmidt and Claire Brindis.

Non-transmitted diseases such as heart disease, diabetes and cancer play their role in the death of 35 million people annually in the world, which is equivalent to the number of deaths caused by infectious diseases, as explained by these scientists, who pointed out the role of sugar in the exacerbation of these diseases.

They stressed that the effect of excessive consumption of sugar may be identical to that caused by alcoholism, noting the damage it causes to the liver.

Eating sugar in large quantities increases the chances of developing high blood pressure, diabetes and heart disease risks, in addition to an increase in liver fat.

These negative effects affect up to 40% of people of normal weight, while saving only 20% of those who suffer from obesity, and the consumption of sugar has tripled in the world during the past fifty years.

Other suggestions made by these scholars include limiting the number of fast-food restaurants in slums and encouraging the creation of fresh produce markets and fruit and vegetable stores.