Does Vitamin D Deficiency Increase My Risk of Coronavirus? 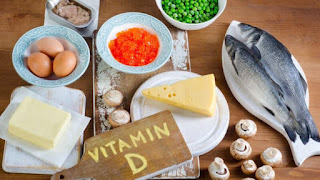 Across countries, factors affecting its severity.

The researchers study how and why “Covid-19” affects the population in different ways, and the study focuses on the rates of “Covid-19” death per million people in 117 countries with 150 or more cases of “Covid-19”.

Data were collected for each country, examining people aged 65 years and over, and including data on population density and air pollution, as well as entering the latitude of each capital of the participating countries.

The researchers tested their hypothesis that there was no link between death rate and latitude below a specified threshold, and that the death rate subsequently increased with latitude.

• The study found that age in each country greatly affected the death rates of “Covid-19”, with an increase of about 13% in deaths among those over the age of 65 years. After taking into account latitude, there was still a strong correlation between age and Corona deaths, as there was a 5% increase in death rates across the northern hemisphere, for every degree farther north.

• There is a correlation between the “Covid-19” mortality rate and a latitude higher than 28 degrees, not far from the latitude of 35 degrees, as the population does not get adequate exposure to ultraviolet rays, to maintain normal blood levels of vitamin D during winter and spring .

• Countries with higher pollution included many younger populations, and pollution was negatively associated with mortality, but it did not significantly change death rates in Corona compared to models that contain the factors of latitude and age.

• The population density of each country was not significantly related to deaths.

Vitamin D is widely known to offer many positive benefits for overall health, including boosting the body’s immune response, supporting bone and muscle health and playing a potential role in suppressing the severe pro-inflammatory response.