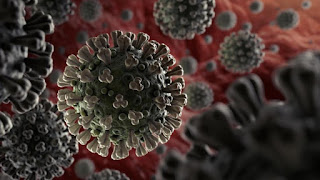 Doctors and researchers are still trying to learn more about the emerging corona virus, which is terrifying the world, and are exploring its new characteristics and symptoms that may appear on some patients for the first time.

Doctors in Italy and Spain, the two largest epicenters of the epidemic in Europe, have indicated that there are new signs that may appear on the human body and confirm that it is positive for the virus, according to Sky News.

The doctors pointed to the appearance of bruises on the feet of some patients, considering it a “positive sign of infection with the virus”, and they spoke of purple spots similar to the signs of infection with chickenpox.

Among the cases that were reported early, the case of a 13-year-old boy in Italy on March 8, at which time doctors believed that he had been stung by an insect.

Because of the poor conditions that Italy was experiencing, the boy’s Corona virus was not tested until he began to show symptoms of the usual illness, such as fever, muscle pain, headache and severe itching.

On March 29, that is, weeks after the confirmed cases began in Corona, the first official report of “bruises and spots” appeared in children suffering from “Covid 19”.

Currently, one in every 5 patients in Italian hospitals suffers from a strange skin condition in the feet.

Usually, “Covid 19” disease affects the respiratory system, causing coughing, breathing problems, high fever and sometimes pneumonia, before atypical symptoms such as diarrhea, testicular pain and loss of the sense of taste and smell, in addition to what was recently revealed about the appearance of skin signs On the feet.

The Spanish General Council of Podiatry raised the matter, as it created a database of cases of people with potential “Covid 19”, and those who had cuts and bruises on their feet.