Damages of coffee on the skin and body 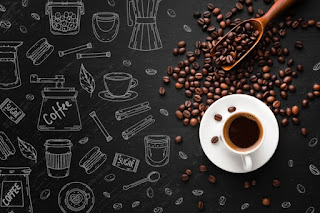 According to studies found that 2.25 billion cups of coffee are consumed daily as an indication of the many lovers, but also that coffee has many benefits as well as harms to be recognized to maintain good health and sound.

In any case overeating the thing turns against it, that is, overeating coffee has many harms that we will touch on in this topic.

The way the body treats coffee

One of the components of coffee is that it contains caffeine, which in turn stimulates the nervous system completely, so when drinking too much coffee leads to the release of adrenaline hormone in large quantities may lead to a malfunction in the body functions that we will know about.

What is the harm of coffee to the skin

Coffee negatively affects liver function and the main role of the liver is detoxification, therefore excessive coffee reduces the efficiency of the liver’s detoxification work, exacerbating toxins in the body and their rash on the skin in the form of acne.

Coffee also contains tannin acid, which clogs the pores of the skin and prevents it from getting full nutrition, thereby increasing with it acne.

Caffeine in coffee causes fluid loss in the body, which leads to dry skin due to lack of fluid.

Pallor of the face :

Excessive intake of coffee leads to an increase in cholesterol due to the presence of amino acid in coffee that results in pallor of the face, and the appearance of early skin wrinkles.

It is known that the area of the auras under the eye is a very thin area, it reflects the color of the blood, if it is dark indicates the presence of toxins in the blood, and this explains the result of oxidation that coffee does with blood and appears black auras under the eye due to excessive intake of coffee.

In addition, coffee is accompanied by staying up late and is one of the causes of the appearance of dark circles under the eyes .

What is the harm of coffee on the body

Harm of coffee to owners of chronic diseases

– Some studies have confirmed that coffee constitutes a serious mistake on the owners of heart disease and hypertension diseases, because it increases the heartbeat as a result of an increase in the activity of the nervous system, which leads to increased blood pressure, accompanied by headaches, stress and anxiety.

– Coffee for irritable bowel syndrome (IBS) is a breakdown of the digestive system due to faster functioning of functions than normal and a malfunction caused by increased functioning of nerves and organs, which leads to alternation of some symptoms such as diarrhea.

– Coffee is a major cause of insomnia and lack of sleep, resulting in disruption of the body’s biological clock, headaches and their effect on mood.

– Coffee affects people with thyroid problems negatively, increases in hormonal imbalance and instability of the body leading to stress and headaches.

– Drinking coffee for a pregnant woman in the first 3 months of pregnancy is strictly prohibited, due to the possibility of miscarriage of the fetus.

Damage to coffee on an empty stomach

– The body naturally secretes the hormone cortisol at its highest levels when you wake up from sleep, and this hormone helps activity and movement in moderate amounts, studies have confirmed that eating coffee on an empty stomach increases the secretion of the hormone cortisol in the body which leads to a feeling of stress and anxiety after eating coffee, as a result of

– Drinking coffee on an empty stomach stimulates the work of the digestive system and thus will increase the secretion of hydrochloric acid in the stomach and this as a very acidic, the presence of this acid in large quantities and empty stomach leads to erosion of the internal mucous wall in the stomach causing stomach ulcers.

– Coffee increases diuresis and fluid loss in large quantities, that’s why you feel thirsty after a cup of coffee to compensate for the loss of fluid in the body.

Damage to coffee on the kidneys

Since caffeine stimulates diuresis in large quantities, that is, it increases the concentration of harmful substances like calcium, phosphorus and urea as a result of the loss of large amounts of fluid in the kidneys.

– Inability of the kidneys to store minerals such as calcium, zinc, magnesium, and lose her constantly.

– Researchers have linked coffee to kidney failure, because caffeine inhibits the secretion of adenosine, which returns fluid to the body, meaning the loss of fluid in large quantities which in turn reduces the concentration of harmful substances in the kidneys.