Controversy over the effect of vitamin D against corona: the experiment precedes health agencies 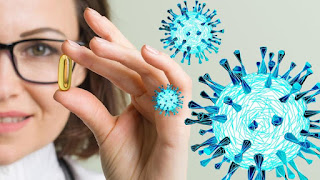 The experiences of American researchers indicating a strong effect of vitamin D on combating the kurna epidemic have sparked controversy, with global health agencies that have not yet confirmed the existence of sufficient evidence to support this belief.

According to Sky News Arabia, an American study indicated that patients who had adequate levels of vitamin D were exposed to less infection, and were less likely to have complications from “Covid-19” or die because of it, than others.

But the director of the National Institute for Health and Quality of Care, in the United Kingdom, believes that “more research” is needed, particularly for randomized trials conducted in a controlled environment.

Although there is insufficient evidence, Paul Crisp, director of the institute’s counseling center, advised that government-recommended supplements, including vitamin D, be taken during the fall and winter.

Current advice from the Public Health Agency of England states that people should take 10 micrograms of vitamin D daily between October and early March to maintain healthy bones and muscles.

It also recommends that people whose bodies do not contain enough vitamin D, such as people with dark skin or people living in nursing homes, take a vitamin D supplement year-round.

For his part, Chairman of the Scientific Advisory Committee on Nutrition, Professor Ian Young, said that the review of the evidence confirms that “there is currently not enough evidence to determine whether there is a causal relationship between vitamin D and Covid-19”.

Experts believe that people’s bodies may not contain enough vitamin D, due to their presence in closed places for long periods, due to the closure orders that were imposed to counter the outbreak of the Corona virus.

A week ago, the United Kingdom agreed to use the vaccine (Pfizer and Biontec) for the Corona virus, to be the first country in the world to officially use the vaccine, followed by the United States, despite the controversy that arose about the death of 6 people who had taken the vaccine.

The American Politico website quoted the US Food and Drug Administration that 6 people died during the experiments of the Corona virus vaccine developed by the American pharmaceutical company, “Pfizer” and the German company, “Biontec”, but the official response of the American authority, which was published by the same website, said: ” The six deaths have nothing to do with the vaccine.