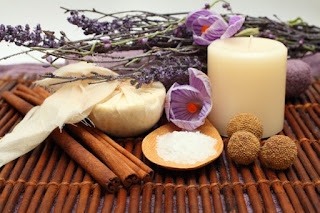 Cinnamon has been widely used for many years to be good for diseases. Do you know what cinnamon can do in the name of beauty, which finds solutions for many ailments from nausea to colds, from menstruation to flu? If you want to have stronger hair and a brighter and smoother skin, you can use cinnamon. Read on to find out what you’ve been missing with a cinnamon-free life and why you should make it a part of your beauty routine!

Cinnamon Benefits for Your Skin

Cinnamon is often said to improve fine lines on the skin. More specifically, cinnamon can bring blood to the skin surface by stimulating blood vessels. On the other hand, if you have thin lips, you can use cinnamon mixes to make your lips fuller and you can use them as a natural gloss.

Cinnamon is also used to nourish the scalp. You can add cinnamon to your weekly care routine, stimulate your scalp, provide nourishment to your hair follicles, and use it as a peeling.

Eczema is a condition in which the skin becomes inflamed and irritated. Numerous medical conditions are grouped under the term “eczema”. The most common type of eczema is atopic dermatitis, an inherited condition. The exact cause of eczema is unknown, but the most important cause is an overreaction to the irritant or allergen by the body’s immune system. Eczema can be a very uncomfortable skin condition that is behind light patches. It is possible to get rid of this discomfort or reduce the symptoms with cinnamon.

Acne and acne are one of the biggest problems of every individual. Cinnamon is said to help treat acne and acne. With cinnamon, you can also clean your pores and bring oxygen and blood to your skin surface.

Use a mixture of 3 drops of cinnamon essential oil and 2 tablespoons of olive oil or vaseline. Apply this mixture to the skin with light movements, taking care to avoid the eyes. If you apply this mixture regularly, you can get rid of fine lines on your skin.

Using 1 teaspoon of cinnamon, warm tea and 1 tablespoon of honey, make the mixture into a paste. Then, massage your scalp with this paste and let it sit for 15 minutes. Then wash with a normal shampoo and rinse. This way you can have stronger hair.

You can relieve your eczema by using 1 teaspoon of cinnamon and 1 teaspoon of honey. However, this paste should not be used on the face because it can cause irritation. It is recommended to do a skin test before using cinnamon paste on the skin.

Mix 1 tablespoon of cinnamon powder and 3 tablespoons of honey and apply this to the blemishes. After washing with warm water, leave this paste on your skin overnight or for 20 minutes. This mixture can dry your acne and revitalize your skin. However, this mixture should not be used more than once a week as it may cause skin irritation.