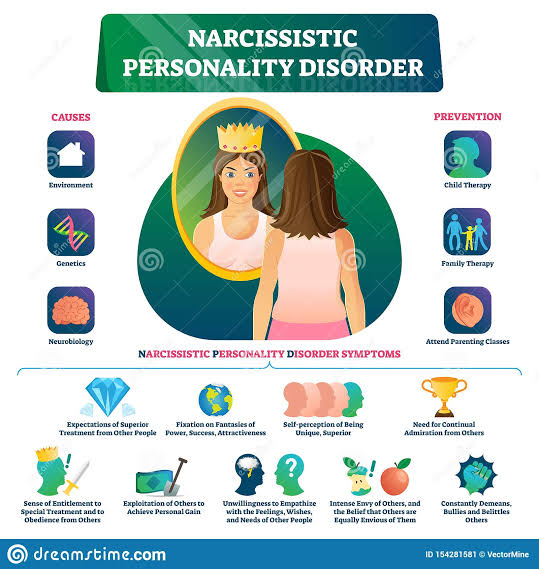 the work .the school.Relationships with others.

However, you can control this disorder through some effective treatment methods that help improve the lifestyle of people suffering from Narcissistic Personality Disorder.

What are the characteristics of a narcissist?

People with Narcissistic Personality Disorder usually have many traits or traits, which include:

They often have high self-esteem, and believe they are superior or special compared to others. Despite this, they desire praise and admiration from all people, and may react to criticism very poorly.

People with high self-esteem are usually humble, while people with Narcissistic Personality Disorder do not and do not feel humbled. Rather, they tend to put themselves on top of everything and consider themselves better than anyone else.

Narcissistic personality disorder usually appears in early adulthood. People with this disorder may not realize they have a problem, because it interferes with their self-image. You may have Narcissistic Personality Disorder if you:

You appear conceited and conceited, causing others to avoid you completely.Your relationships are unsuccessful.You become unhappy, angry, and confused when things don’t go your way.She suffers from many problems at work, school, relationships with others, and financial matters.

The new Diagnostic Manual of Mental Health lists some of the features that indicate you may have Narcissistic Personality Disorder:

What are the causes of Narcissistic Personality Disorder?

The exact and true cause of narcissism is not entirely clear. There is likely to be a combination of factors that may eventually lead to narcissistic personality disorder, which include the following:

Some or all of these factors together may lead to the emergence of narcissistic personality disorder, as these are the most common causes of this disorder.

Talk therapy can help you learn how to communicate better with others, so that your relationships become more enjoyable and intimate. Developing positive interactions with others can greatly improve different areas of your life. Talk therapy will also help:

Because it can be difficult to make some changes to personality traits, it may take several years of treatment before you notice any improvement. During this time, you may feel that the treatment is a waste of time with no significant benefits, but it is important to stick to the treatment

The benefits of treatment may vary depending on the severity of symptoms and the patient’s readiness for treatment. But in general, the symptoms of Narcissistic Personality Disorder usually improve over time, with adherence to different treatment methods. You can also make some lifestyle changes that will help you greatly. These changes include: 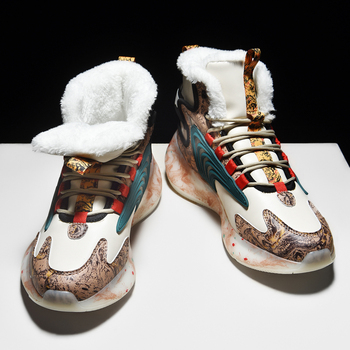 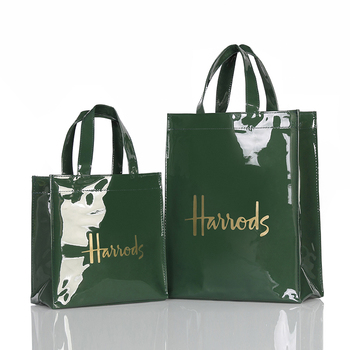 Drinks that should not be drunk during the diet period

Drinks that should not be drunk during the diet period. Following a diet does not […]