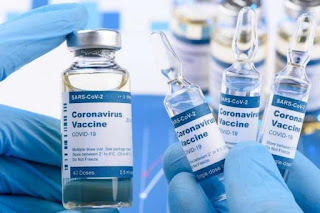 At a time when many countries started giving anti-Coronavirus vaccines to their citizens after the success of their effectiveness .. Brazilian President Jair Bolsonaro warned his citizens against vaccination with these vaccines, stressing that the American Pfizer vaccine can grow a beard for women and turn a person into a crocodile.

“In the contract with Pfizer, they say very clearly: We are not responsible for any side effects. If you turn into a crocodile, this is your problem,” Bolsonaro said during a speech in Porto Seguro, in northeast Brazil, reported by Radio Monte Carlo.

Despite the president’s reluctance, the Supreme Court in Brazil decided Thursday to make vaccination against Covid-19 compulsory, but without being forced, in the second most affected country in the world after the United States, with about 185,000 deaths.

This means that the authorities will not be able to use force to force a person to take the vaccine, but they will be able to fine him or prevent him from going to certain public places.

Earlier, the Brazilian Health Regulatory Authority suspended clinical trials of the Chinese “Sinovac” vaccine to prevent the Corona virus due to “a very harmful development”, which surprised the organizers of the experiment by saying that there was a death, but it was not related to the vaccine.

The trial is one of three expanded experiments in the late stage of the “Sinovac” vaccine, but the vaccine faced controversy in Brazil, as President Jair Bolsonaro rejected it as he lacked credibility.

The setback for the efforts of “Sinovac” came with the good news from the company “Pfizer”, which said that the experimental “Covid-19” vaccine is more than 90 percent effective after the initial trials at the time.