Benefits of Himalayan salt for women 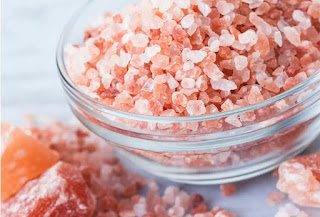 Some doctors recommend using Himalayan salt for patients with high blood pressure instead of regular table salt, taking into account the daily intake, as it is less harmful. However, did you know that Himalayan salt, the pink rock salt extracted from the Himalayas, has many health benefits for the body as long as it is consumed in moderation?

Nutritionist Abeer Abu Rajeli, from Diet of The Town Clinic, shares the following topic with you on the benefits of Himalayan salt for women:

Based on various scientific studies, it has been reported that inhaling Himalayan salt allows oxygen to flow to the brain. Which positively affects mental abilities and focus.

Himalayan salt is used as a substitute for table salt. Because it is considered more beneficial than others, and contains a trace amount of sodium; So it is suitable for high blood pressure patients, and it can also be used as a preventive measure against high blood pressure.

Himalayan salt does not cause thirst

Perhaps the most prominent benefits of Himalayan salt also is that it does not cause a feeling of thirst, not to mention that it helps the body achieve a better fluid balance within it than white table salt or sea salt.

Some studies indicate another role for Himalayan salt in the body. It fights infections and bacteria, in addition to the role it plays as an antidepressant.

Himalayan salt contains a group of minerals, the most prominent of which are: zinc, magnesium, iron, selenium, calcium, phosphorus, copper, bromine and potassium.

Professional tip: It’s time to replace regular white table salt with pink Himalayan salt; That has immense health benefits for you and your family.