After Effects of COVID-19 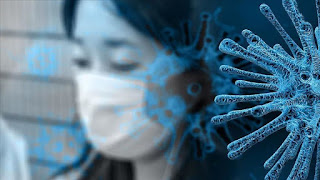 The Corona Virus Disease 2019, originated from Wuhan, China in November 2019, has become a pandemic and has affected 198 countries so far. It has infected around half a million of people and killed around 22K. Most of us know all these facts but there’s a need to look at the aftermath of the most widespread disease that ever infected man. How will it affect our lives?

Amid this global pandemic, around 3 billion people across the globe are forced to go under lockdown. This basically means a huge loss to Education systems, Travel and Tourism, Airlines, Businesses and Offices. It’s still hard to evaluate how much it would affect the economy (in numbers). Although, economic forums predict that the global GDP will fall down by 5-10%.

The Tokyo Olympics 2020 is already been postponed to 2021, is estimated to cause a loss of $15.45 billion, just to Tokyo city and Japan Government. It would also cause a huge loss to global broadcasting units, investors and sponsors. All the sporting events have been called off. The biggest sporting league of India, IPL, would face a loss of $1 billion if cancelled.

The Corona Virus has eroded huge amount of money from the global equity markets. The Sensex, measure of the biggest stock market in India (Bombay Stock Exchange) has dropped by 36% from its peak on 19th February to 23rd March. It would take around 6-10 months to recover, if not more. Airlines are going to suffer a loss of $113 billion, according to International Air Transport Association. Global Travel and Tourism would suffer a loss of $1 trillion and 50 million jobs will be lost in this sector. Chinese automobiles saw a decline of 80% in sales and their export fell by 17%. We can’t even imagine how much it’s going to take away from local businessmen and workers.

Although, the people see it as an action of the earth to heal itself. The children and people of New York said that they had never seen so clear sky. The average AQI of Delhi last week was 160, low from 190.5 in 13th March-22th March 2019. China’s pollution has reduced by 40%. Pictures of dolphins in Canals of Venice and Arabian Sea in Mumbai due to cleaner water are going viral over the Internet. Humans are locked down and the animals are enjoying freedom. Irony of the situation!!!

At personal level, human beings are going to be a lot developed due to free time after such hectic schedules in the hoard of collecting money and securing future. Many are unravelling their past interests and the others are getting more concerned about their fitness, engaging themselves in yoga and meditation. It’s for sure that you are going to see your friend a lot changed than they were before the quarantine!

It is also indulging values such as unity. The world is coming closer and becoming a single group in fighting with this deadly disease. The attitude of people towards doctors and policemen is changing. They are getting more respect than they used to get earlier. People are understanding the importance of family time and social distancing.

In the end, may the world get out of this problem soon and also, take learnings from it to get themselves a better future.