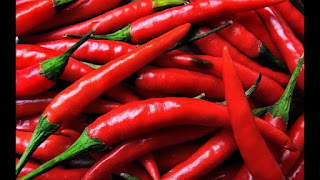 A new study reports that a person regularly consumes chili peppers; It can greatly improve his health helping to extend people’s lives.

According to research that will be presented this week at the American Heart Association’s Science Sessions 2020, pepper eaters have a “significantly lower risk of death from cardiovascular disease or cancer.”

Previous research also found that eating chili peppers has an anti-inflammatory, antioxidant, anti-cancer, and blood glucose effect due to capsaicin – which gives peppers their distinctive spicy taste, according to the British newspaper The Independent.

The research team supplied the health and nutritional records of more than 570,000 individuals in the United States, Italy and China, allowing them to compare the results of those who ate chili peppers with those who rarely or never ate them.

And people who ate red peppers a lot recorded a relative decrease of 26% in cardiovascular mortality, 23% of cancer deaths, and 25% longer lifespan than others.

Among the benefits of red pepper also:

Optimizer for digestive and metabolic health.

Helps get rid of bad breath.