What is the relationship of vitamin D to the Corona virus? 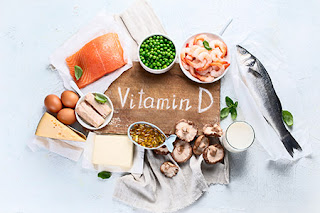 But the Corona virus remains almost mysterious so far, and it causes a lot of confusion for scientists, who are trying hard to find a vaccine that ends the pandemic.

Regarding the role of vitamin D in preventing the Corona virus or reducing the severity of the disease when infected, “Madam Net” informs you of this connection, according to General Physician Dr. Lina Nasrawi.

Perhaps the most prominent sources of vitamin D are:

The sun: The sun is the most important source of vitamin D, and therefore, exposure to the sun should be daily in the period before twelve noon and after four in the afternoon, for a period of not less than 15 to 20 minutes.

Some foods: Vitamin D can be obtained from some food sources such as salmon, sardines, beef liver, egg soybeans, yellow cheeses, mushrooms, and milk.

– Dietary supplement: You can get the recommended daily intake of vitamin D. Through dietary supplements, the dose is estimated according to the person’s age (400 IU from one year to 70 years old) and (600 to 800 units for 70 years and over).

In light of the outbreak of the Corona virus, and the desire to stimulate the immune system, doctors advise to raise the dose until it reaches from 1000 to 2000 IU, taking into account its side effects, and to drink adequate amounts of water not less than two and a half liters per day.

The relationship of vitamin D to the Corona virus

When infected with the Coronavirus, the immune system attacks the lungs instead of attacking the virus, and blood vessels leak and clots occur as a result of that attack, which leads to organ failure and sometimes death.

While vitamin D works to strengthen the immune system in the body and stimulate the “T” cells responsible for preventing infections, the effect of the virus weakens and its complications diminish.