What does the anti-corona vaccine consist of? 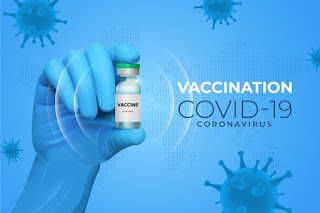 As we await the launch of covid – 19 vaccines, the scientist behind a laboratory technology adopted by pharmaceutical companies Pfizer and Moderna explains what ingredients the first batch of immunizations will contain.

Dr. Drew Weissman, a professor at the Perlman School of Medicine at the University of Pennsylvania, has created a formula that works primarily in making a vaccine. The technology was called Messenger RNA (short for “mRNA”), in reference to the type of genetic DNA on which it is based. He collaborated with Pfizer and biontek on the manufacture of their versions of the vaccine. [Living cells contain two types of genetic acids, the first of which is referred to as “DNA” is present in the cell nucleus and contains the genetic code (“genome”). DNA works based on another similar and different DNA, mRNA, because it transmits the code of DNA commands and directives to all cells, so it is called The Messenger or carrier)].

He told The Independent that the coronavirus vaccine, unlike any previously developed vaccine, includes in a technique that can carry genetic code commands and directives that involve cells making copies of proteins or rather genetic structures [genetic structures are sometimes referred to as proteins, given the latter’s central role in gene structure] that are part of the covid-19 virus (specifically, protein genetic structures known as “Spike”, meaning the fork, which The goal of stimulating cells to make spike is to stimulate the immune system to generate a counter-response in the body.

According to Weissmann, “messenger RNA” [which carries the instructions for making spike protein] is produced by an enzyme that copies the portion of DNA that contains the code for the composition required to make spike protein.

He adds, “four types of lipids are used to generate fatty nanoparticles, which automatically combine themselves with ‘Messenger DNA’ [they form a kind of structure or substrate, on which the rest of the ‘messenger acid’ structures are based, and are considered auxiliary elements in the composition of that protein acid]. These four nanoparticles, as well as the rest of the protein structures in the mRNA, are formed in a completely artificial way. The companies [Pfizer and Moderna] own the intellectual property for these auxiliary fats.”

Dr. Weissman explains that covid – 19 vaccines contain this type of “Messenger ribosomal DNA,” which includes the genetic code for Spike and the four nanoparticles, artificially. This is in stark contrast to traditional vaccine-making methods that rely on making the entire required virus inside living cells [while attenuating it so that the body can resist it].

“None of these compounds [contained in the mRNA-based coronavirus vaccine] are made inside cells taken from mammalian species, “Weissmann asserts.

Thus, the result of [the innovative approach to synthesizing a part of the virus in vitro by synthetic synthesis] is a vaccine that is 95 percent effective, with no safety concerns, according to Pfizer and biontek, while Moderna reports that its version of the vaccine is 94.5 percent effective.

Generally, conventional vaccines contain an active ingredient intended to generate an immune response in the body, usually small portions of the pathogen in the form of a protein, according to the World Health Organization.

Conventional vaccines also contain preservatives such as 2-phenoxyethanol and stabilizers such as certain sugars (lactose and sucrose), amino protein acids (glycine) and gelatin, or proteins (such as the type known as albumin, which is present in humans but synthesized artificially by being derived from genetic structures in yeast).

The UK became the first country in the world to begin distributing the covid-19 vaccine with “clinical approval” after Pfizer’s bionetek vaccine received regulatory approval on Wednesday morning.

Clinical trial results show that the vaccine is 95 percent effective for all age groups.

But what does that mean for individuals in the UK, and when they can expect to get the vaccine?

What is expected in the UK?

The government has secured 40 million doses of Pfizer – biontik vaccine and 10 million of them are expected to be available in the UK by the end of the year.

Patients need two doses, that is, not enough doses are safe for the entire population of the UK.

How will the vaccine be distributed?

Work is under way behind the scenes to ensure that NHS staff are ready to start giving injections to the most vulnerable, as well as health and care workers, as a priority.

It was also decided that Nightingale hospitals, affiliated to the National Health Service, would be mass vaccination clinics – to their other uses.

In addition, FDA officials spoke of “mobile teams” that will be deployed to provide the vaccine to inmates and care workers.

According to available information, vaccines under development require two doses to be administered to each patient, which should be separated by a period of 21 to 28 days.

The government has also introduced new legislation that would allow more healthcare workers to give potential flu and covid-19 vaccines.

Who are the first categories on the list of coronavirus vaccine recipients?

The Joint Committee on vaccination and immunization examined data on those with the worst coronavirus fallout and those at the highest risk of death.

According to its interim guidance, the order of priority should be as follows:

All adults 80 years of age or older and those working in the health and social care sector.

All adults 75 years of age or more.

All adults 70 years of age or older and people whose clinical status is considered very fragile, except for pregnant women and the age group under 18 years.

All adults 65 years of age or more.

Adults between the ages of 18 and 65 are classified as at risk.

All adults 60 years of age or older.

All adults 55 years of age or older.

All adults 50 years of age or older.

Where is the vaccine made?

Pfizer has a manufacturing site in Belgium while biontek has sites in Germany, and both will produce vaccine doses for Europe.

Health Secretary Matt Hancock told the BBC’s Brexit programme: “we will have 800,000 doses next week, so this is the first start. Then we will distribute it at the pace of its production, and the responsible for the production of course is Pfizer in Belgium, so that’s what will determine the speed of our distribution.”

Doesn’t it take a long time to produce vaccines?

But for covid-19 vaccine trials, things look a little different. The process, which usually takes years, has been intensified and reduced to months.

While the initial design and development phases look similar, the clinical trial phases coincide rather than take place one by one.

Drug manufacturers also started the manufacturing process before getting final approval-and risked having to throw away everything they made.

The new way of working means that regulators around the world can start scrutinizing scientific data sooner than usual.

Yes, the data of the vaccine trials conducted by Oxford – AstraZeneca and Moderna indicate that they have two products with high efficacy.

The combined analysis of the two dosing methods showed an average efficacy of 70.4 percent.

No one who was given the vaccine, known as mRNA-1273, developed a severe case of coronavirus.

Which vaccine is better?

All vaccine candidates initial log ratio of high potency but the researchers say, it is difficult to establish direct comparisons because it is not yet known what measures in the experiments.

How many doses did the UK secure?

The UK has secured the ability to use 100 million doses of the AstraZeneca – Oxford Vaccine, which is almost enough for the majority of the population.

It also recently entered into an agreement to obtain seven million doses of the Moderna vaccine in the United States.

The United Kingdom has secured the ability to use:

– About 30 million doses of Jansen.

-40 million doses of Pfizer – biontik vaccine, the first agreement between the two companies with the government.

-60 million doses of a vaccine developed by valniva.

– 60 million doses of the adjuvant protein vaccine from GlaxoSmithKline and Sanofi Pasteur.

– 7 million doses of the “Moderna” vaccine in the United States.

What does it cost?

According to reports, the Moderna vaccine may cost about 3 38 (£28) per dose while the Pfizer vaccine dose costs about دولارا 20 (£15).

Researchers suggest that producing the Oxford Vaccine may be relatively inexpensive, while some reports say it could cost £ 3 per dose.

Astra Zenica said it did not intend to profit from it, so that it would be available to all countries.

But the details of the agreements concluded by the British government is still under wraps.

How do we know that vaccines are safe?

The researchers report that their experiments did not indicate any significant risks related to safety.