What are the benefits of cocoa for the mind? 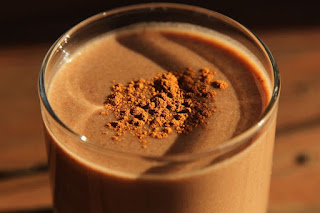 18 adults without any disease participated in the trial. First, subjects were given cocoa with a greater portion of flavanols, then with a reduced portion. After consuming cocoa, the participants had to breathe in the air with carbon dioxide, which allowed the blood to carry an increased proportion of the oxygen to the brain.

The test participants were asked to solve logical problems. During the experiment, scientists measured the level of oxygen in the participants’ cerebral cortex.

It turns out that the participants in the experiment performed better on the tasks assigned to them after consuming an increased proportion of flavanols.

Obviously, these substances are also found in tea, grapes and apples. American and British experts came to the conclusion that the use of these products has a positive effect on mental activity and strengthens the walls of blood vessels, and this in turn helps to avoid dementia in old age.