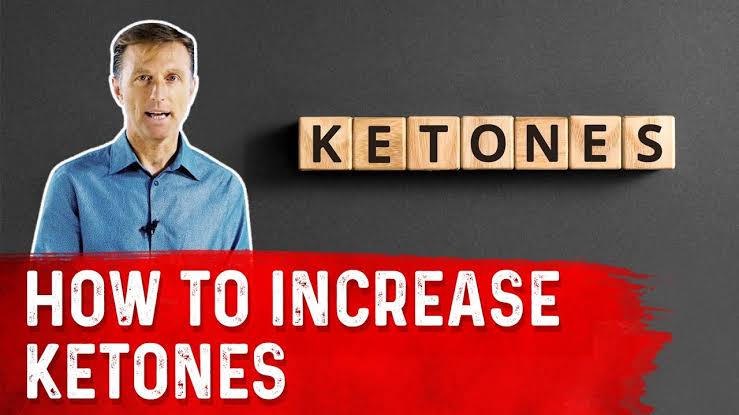 Ways to increase ketones in the body, all you need to know here

Ways to increase ketones in the body is one of the most important ways that are sought, because increasing it in the body helps to burn more fat and produce energy, and thus lose excess weight and reach the ideal weight, and we explain to you through this article all the ways in which ketones can be increased to take advantage of it.

It is a state in which sugar is replaced as a primary source of energy by fat, and the body enters this state as a result of limiting the amount of carbohydrates that the body gets daily by an amount of 20 to 50 grams every day, and thus the following changes occur in the body:


Reducing the level of insulin in the blood. Increasing the rate of fat breakdown. The liver produces large amounts of ketones, which are chemical compounds consisting of fatty acids, which the liver produces during periods of fasting, or during a diet that contains low amounts of carbohydrates. Ways to increase ketones In the body


The following methods help the body enter the state of ketosis and benefit from it:

Fasting: Fasting is one of the most effective things that helps produce more ketones in the body, and the more hours of fasting and fasting times, the greater the production of ketones, while preventing insulin resistance in the body. Following a low-carb diet: Reducing the rate of carbohydrates helps reduce the rate Insulin, thus increasing the rate of ketones in the body. Exercising intensely: When you exercise a number of intense exercises, it is one of the ways to increase ketones in the body because it helps burn sugar stores in the body, and the body enters the phase of burning ketones, and sports also activate Blood circulation, with an increase in the secretion of growth hormone, and a decrease in the secretion of insulin. Signs of the body entering the ketosis state

When following the keto diet, there are a number of signs that the body has entered the ketogenic state and replaced carbohydrates with fats as an energy source. These signs are as follows:


Increased ketones in the blood and urine: When measuring the percentage of ketones in the blood or urine and finding an increase in their percentage, this is one of the most important signs that the body has entered the ketogenic state. Weight loss: This diet depends on obtaining a small percentage of carbohydrates, and thus is Losing excess weight, and weight loss usually in the first week depends on the body getting rid of water and stored carbohydrates, and then the body begins to lose weight by getting rid of excess fat. Bad breath: When the proportion of ketones in the blood, especially acetone, it It causes bad breath, and to get rid of it, teeth must be washed constantly, as well as chewing gum, but without sugar. Insomnia: one of the signs of entering ketosis, but it improves after several weeks. Increasing energy and focus: When following the keto diet at the beginning, a lack of focus and energy is felt, but with the passage of time the body adapts to producing energy from carbohydrates, and the stability of the blood sugar rate, the increase in Symptoms of the digestive system: With the start of the keto diet, symptoms such as diarrhea or constipation may be exposed, and over time the symptoms may decrease, but the problem of constipation can remain unless special advice is followed Eating a lot of green leafy vegetables every day, equivalent to 8 cups, as well as drinking more water.


Methods for measuring the level of ketones in the body

There are 3 ways to measure ketones, and these are:

Take a blood test, urine strips, and a breath test.

As for the urine test, it is only effective at the beginning of the diet, because the body at this time begins to expel excess ketones from the body in the urine, and over time the body adapts to the diet and does not expel the ketones.

As for the test through breathing, it is accurate, but it is not more accurate than a blood test. After the examination is carried out, the level of ketones is classified as follows:

There are a number of pros and cons associated with each method of measuring ketones, as follows:

Urine TestThe urine test is performed by dipping the strip in the urine sample, and the color that appears indicates the percentage of ketones in the body, and the darker the color, it indicates the presence of a greater percentage of ketones, and the test contains all its instructions.This type of test is easy It is also characterized by its low cost. The negatives about this type of test is that it is not very accurate, as it is only useful when starting the keto diet only, but in the advanced stages it can give you an incorrect result, and its result is an average Below the real rate. Blood test

After talking about ways to increase ketones in the body, a blood test is one of the ways to measure ketones:

This test is done through the use of a device similar to a glucose meter, where a drop of blood is taken out, then placed on the strip, with it placed in the electronic meter, and thus the ketones percentage in the blood is read. The result of this test is usually accurate, as there are no Factors affecting the result. The disadvantages of this method of examination are that its cost is somewhat high, especially if the percentage is measured periodically. Respiratory test This test is done through the use of a spirometer, until the amount of acetone in the breaths is tested. This method of examination is characterized by that The device is obtained at an affordable price, and is taken advantage of and used all the time. But this method is not the most effective, so this method is not relied upon alone, but is used alongside other methods. Is the production of ketones harmful to the body?


In conclusion, I have talked through the previous lines about ways to increase ketones in the body with the definition of ketones, and the ways in which it is possible to examine their percentage in the body, with the advantages and disadvantages of each method.