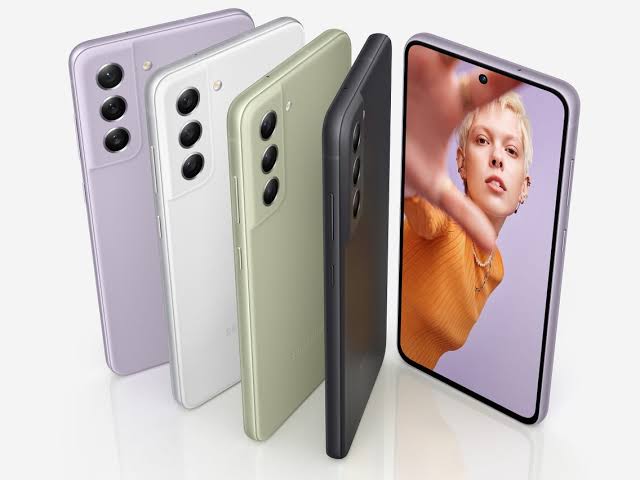 Samsung decided to launch its new phone, S21 FE, at a low cost, even though the phone supports 5G technology.

The South Korean giant is trying to compete with the phones of Chinese companies in the same phone category, but at a cheaper price, according to what it announced about the mobile at the annual Consumer Electronics Show conference, which is currently being held in Las Vegas, USA, and continues until January 8.

The phone comes with a larger screen than the previous version “S21”, which has a screen size of 6.2 inches, but with less camera, memory and security features.

The company supports the mobile S21 FE with three cameras, and a primary camera accuracy of 12 mega-pixels, with OIS, with an f / 1.8 lens slot, and a second 8-megapixel telephoto camera, with 3x optical zoom, supported by a front camera for selfie photography, and 32-megapixel video calls .

The new phone comes with an internal storage space of 128 GB for the first version, and 256 GB for the second version.

As for the phone’s processor, it comes from Qualcomm, a Dragon 888 octa-core, Android 12 operating system, a 4500 mAh battery, and 25W fast charging.

The S21 FE phone weighs 177 grams, 155.7 x 74.5 x 7.9 mm, and is made of polycarbonate plastic materials with an aluminum frame, and supports two fifth-generation SIM cards, but the phone does not support an external storage memory “memory card”.

According to Samsung, the new phone is scheduled for sale in the market on January 21, at a price of up to $699, which is $100 less than the traditional “S21” phones