Reasons for not absorbing vitamin D 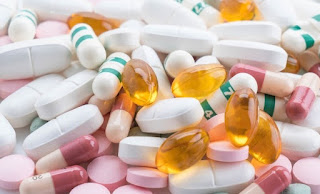 Vitamin D is divided into ergocalciferol (D2) and cholecalciferol (D3), and it is known as the sun vitamin, where the body creates vitamin D when exposed to ultraviolet sunlight, and simple levels of the vitamin can be obtained through some foods, such as: cheese, milk and its derivatives , In addition to some types of fish, eggs, and the body needs a daily dose of vitamin D, ranging between 300 to 400 international units, or approximately five to ten micrograms.

The importance of vitamin D to the body

The vitamin is necessary to help the body absorb calcium and phosphorous, which are the two most important elements for the proper growth of bones and teeth, and this occurs through the conversion of provitamin D resulting from exposure to sunlight into a substance known as (dihydroxyvitamin D), which is responsible About helping the body absorb calcium and phosphorous.

The lack of vitamin D in the body leads to children becoming infected with rickets, which causes deformation of the bones, in addition to the occurrence of deformities in the teeth and jaws, and an increased possibility of decay. As for adults, softening of the bones occurs, especially in pregnant and lactating women.

Usually, the reason behind the lack of vitamin D in the body is the insufficient exposure to sunlight, to stimulate the body to produce the vitamin, but if the person is exposed to sunlight in sufficient quantities, and yet there is a deficiency of the vitamin in the body, then this is due to the presence of bad Absorption, or the body’s inability to absorb the vitamin from foods.

Reasons for not absorbing vitamin D.

• With advanced age, the skin’s ability to form the main substance of vitamin D.

Excessive weight gain, which favors the accumulation of vitamin D in fats, instead of the liver.

• The incidence of liver and kidney disease, which impede the use of vitamin D.

• Malnutrition and not containing the foods that contain it.

Taking epilepsy medicines that people with the disease take, as they impede the intestine’s absorption of vitamin D.

• Genetic diseases, such as: increased phosphate excretion in the kidneys.