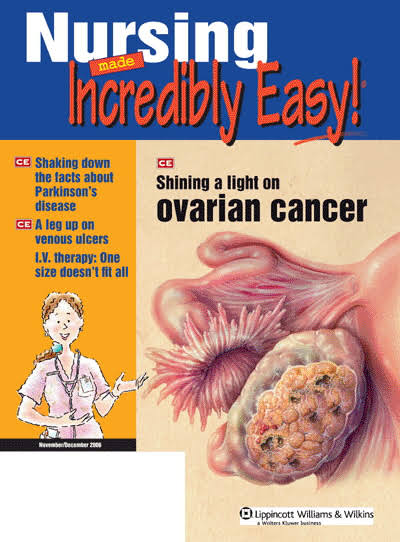 Hidden signs of ovarian cancer and its treatment

Hidden signs of ovarian cancer and its treatment

What is ovarian cancer?

Ovarian cancer is a type of cancer that begins in one or both ovaries. The ovaries are the size of the almonds. They produce eggs, as well as estrogen and progesterone. And often you can not detect it until after it spreads inside the pelvis and abdomen. At this late stage, ovarian cancer becomes difficult to treat and is often fatal. It is likely that it will be treated successfully in the early stages of ovarian cancer, in which the cancer is limited to the ovary. Cancer begins when abnormal cells are formed inside the ovary and begin to multiply and become out of control to form tumors. The tumor can spread to other parts of the body and more than 22,00 women received a diagnosis of ovarian cancer in 2016. In many cases, there are no warning signs of ovarian cancer because its symptoms are vague and not easy to identify. 20% of ovarian cancer is detected at an early stage.

You may notice slow urination and pain while urinating regularly. Ovarian cancer causes difficulty urinating. As soon as you drink an amount of water, it results in a lot of regular entry to the bathroom.

Doctors say that these symptoms are similar to those of eating fatty foods or having a gluten sensitivity or lactose intolerance. You can try apple cider vinegar to help you eliminate these symptoms. If these symptoms recur, a doctor should be diagnosed immediately.

When you feel that the size of the abdomen is uncomfortably enlarged, and you also notice the widening of the waist and the abdomen becomes more rigid. You may think that the reason is eating a bad diet, but the recurrence of these problems can indicate a more serious problem, which is ovarian cancer.

Eventually, it results in ascites (fluid buildup caused by an abdominal tumor and causes bloating, and also suffers from a persistent cough because the ascites presses on the lungs or suffers from involuntary urination due to leakage of ascites), according to Mary Beth, an ovarian cancer specialist in California.

Women may experience abdominal or pelvic pain that feels like sharp stabs or menstrual cramps come and go frequently and are accompanied by heavy pain. Some women complain of back or leg pain during intercourse. Do not try to ignore the acute and persistent pain that you feel. At the same time, you may suffer from frequent diarrhea, extreme fatigue, and frequent urination, meaning waking up several times during the night.

Women with ovarian cancer may have a dangerous, colored, dark or smelly vaginal discharge due to the risk of infection. Sometimes these symptoms can be associated with signs of cervical cancer.

Stressful lifestyle leads to women feeling constant fatigue. Therefore, you must be in a state of constant readiness by taking a rest, as it is the best remedy for feeling tired. But if fatigue interferes with doing different tired activities, there may be another reason behind feeling tired other than stress, so you need to see a doctor.

If you feel swollen legs and the legs appear swollen for no apparent reason, especially if it does not disappear throughout the day. Persistent swelling of the legs is usually one of the signs of ovarian cancer. It simply could be one of the signs that you should take into consideration.

8. Loss of appetite all the time:

Daily appetite changes are a sign of cervical cancer. Which is represented in loss of appetite and feeling full once of the changes that indicate ovarian cancer as well.

9. The constant feeling of wanting to go to the bathroom:

If you need to go to the bathroom frequently, it happens because of pressure on the bladder, and this may be one of the signs of ovarian cancer. Although there is no need to panic when you start to drink more fluids, especially during pregnancy.

There are thousands of mushroom species around the world, and many of them are used to treat various diseases. But the shiitake mushroom is the most famous species for its use in the treatment of ovarian cancer.

Soy milk can act as a healthier ingredient and should be consumed when you suffer from ovarian cancer and reduce negative symptoms and effects of the disease. Because soy milk contains isoflavones, which prevent the transmission of cancer cells, slow the spread of cancer, the growth of tumors, and repair and protect the body from the side effects of the brutal effects of chemotherapy.

Peppermint tea is one of the effective treatments for ovarian cancer because it is effective in reducing symptoms. Because peppermint tea is ideal for getting rid of stomach disorders, which is one of the most common diseases for people with ovarian cancer. Because mint is rich in antioxidants that boost the immune system and promote faster recovery.

As is the case with types of cancer that affect the stomach and other organs of the body. One of the major side effects of ovarian cancer includes periods of diarrhea and constipation. Drink enough water to ensure that the body is not dehydrated and helps facilitate digestion and prevent constipation.

Red onions are one of the most common vegetables and are packed with anti-cancer compounds including quercetin, epigin, and anthocyanin. Therefore, onions are very useful because they give the body a large amount of antioxidants that slow down the spread of ovarian cancer.

Ginger plays a major role in the prevention of ovarian cancer. These properties have been linked to the presence of active compounds in ginger that suppress the proliferation of cancer cells. It is used as a complementary treatment to enhance resistance to ovarian cancer.

Eating oily fish is one of the effective ways to get omega-3 fatty acids, which are useful fats in protecting the heart. Fortunately, they help protect against heart disease and protect against the spread of cancer cells.

Green tea contains a high concentration of antioxidants, which stimulate the non-proliferation of cancer cells and prevent them from dividing and spreading throughout the body. If you are prone to ovarian cancer, you can add green tea to your diet to protect