Green coffee may reduce your weight by 4 kilograms 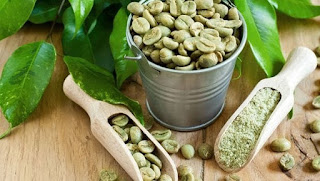 What is green coffee?

Writer Jordi Sabati said in his report, published in the Spanish newspaper ElDiario, that we should first know what green coffee is, it is coffee from coffee beans, or coffee extract, without previous roasting like the coffee we usually drink.

In general, coffee is roasted for a number of reasons, first because of the concentration of caffeine when the water evaporates from the beans, and secondly because of the removal of the chlorogenic acid responsible for the green color.

What are the supposed characteristics of this coffee?

The author added that green coffee is known to cause – thanks to chlorogenic acid – a decrease in the level of glucose in the blood, in addition to speeding up the metabolism that will be added to that already caused by caffeine, and in addition, green coffee expands blood vessels, which reduces blood pressure. .

How effective is it?

The US National Library of Medicine database classifies natural preparations based on scientific evidence supporting a particular hypothesis or claim.

Based on these data, there is insufficient evidence to make a decision about the effectiveness of green coffee, whether with regard to high blood pressure or the treatment of obesity, and in both cases there are limited initial studies, according to the National Institute of Health.