Ginger is useful, but with certain conditions … Beware of its side effects 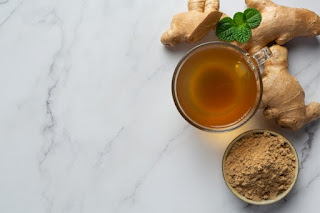 Ginger is one of the oldest recorded spices that have been cultivated and exported from parts of southwestern India. The plant is used to treat types of nausea and vomiting. It is also useful in treating menstrual cramps, osteoporosis, diabetes, migraines, and other conditions. However, no There is sufficient evidence to support effectiveness in these cases.

Ginger is used in foods and beverages, and it is also used widely in manufacturing to generate fragrance in soaps and cosmetics, and one of the chemicals in ginger is used as an ingredient in laxatives, anti-gas drugs, and antacids.

According to a report by “onlymyhealth”, ginger has various benefits including pain relief from rheumatoid arthritis, arthritis, coughing, upper respiratory infections, migraine, bronchitis and many more.

People who experience chest pain, lower back pain, stomach pain, or stop taking medications in the form of SSRIs, rely on consuming ginger to reduce pain.

Ginger is also used to treat cholera, baldness, malaria, poisonous snakebites, and toothache. Sometimes, ginger juice is applied to the skin in case of burns, and the oil made from ginger is effectively used on the skin to relieve pain.

Possible side effects of consuming ginger:

But despite its many benefits and uses, it has a number of other side effects, which we mention in the following:

Ginger can cause mild side effects including heartburn, diarrhea, belching and some stomach discomfort.

When applied to the skin effectively and for a short time, ginger may be safer to use, but for some people it may irritate the skin.

Nausea: Ginger is the most important ingredient in combating nausea associated with pregnancy, including morning sickness. However, it is recommended that you consult your doctor before consuming large amounts during pregnancy. Pregnant women who have been close to labor or who have experienced a miscarriage should restrict its use.

Helping patients with osteoporosis: Studies have indicated that people who use ginger to treat arthritis conditions have seen a decrease in pain function and disability.