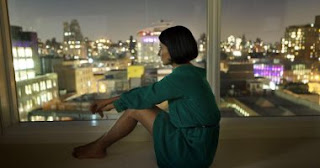 A report published on the insider website revealed the seriousness of loneliness and social isolation and the extent of the effects of that feeling on the human immune system, as it explained that isolation negatively affects your physical and mental health and affects the strength of your immune system.

The report emphasized that chronic loneliness may lead to a deterioration of our ability to respond to potential infections in addition to the strength of our immune response, as the report was based on an incident dating back to the year 2013 of a couple who were suffering from loneliness, which made them vulnerable to infections as a result of their feeling of tension, after some studies showed The official reports about a link between loneliness and infection, which occurs as a result of physical damage that transports white blood cells to the affected area, which may cause swelling or redness, and chronic infections may lead to heart disease, cancer and dementia.

The report dealt with the concept of social isolation, which means objective physical separation of people, such as living alone, and loneliness is the subjective feeling of malaise from loneliness or separation, and in a study conducted in 2017, it showed that people who consider themselves alone suffer from cold symptoms more than people who did not feel lonely .

The report recommends that you should eliminate your social isolation by using your free time watching TV and using social technology that reduces your feeling of loneliness, especially among the elderly.