Does corona vaccine from Pfizer cause female infertility? 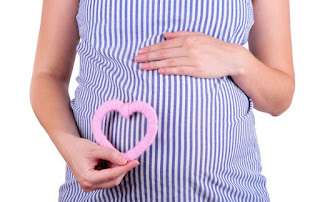 We start with the same claim, as according to a report in the fact-finding website Snopes, this rumor was circulating in early December 2020 among social media users.

The story was obtained from an online blog, and referred to statements made by someone named Michael Yeadon.

The problem is that yedoon is not Pfizer’s head of research, but he worked for the company and left it in 2011.

Yeadon, and German physician Wolfgang woodarge, sent a letter to the European Medicines Agency, calling for a halt to clinical trials of Pfizer’s covid-19 vaccine in the EU. Pfizer’s vaccine allegedly blocked a protein essential for placental formation in mammals, and women receiving the vaccine could become infertile. However he didn’t mention that the vaccine causes infertility.

Snopes confirmed that both yeedon and woodarge have published misleading information about covid-19 in the past. The first claimed in a blog post in October 2020 that “the epidemic is effectively over”. Claimed second in a video clip on YouTube in March that the virus was no more harmful than seasonal flu. We know that the allegations are false. Covid-19 is even more deadly than the flu, the epidemic is not over yet, and to date it has killed more than 1.5 million people globally.

The story is false.

Pfizer announced on December 2, 2020 that it had received permission from UK public health officials to start administering the vaccine. “Britain’s medicines and Healthcare Products Regulatory Agency recommended the vaccine after clinical trials involving tens of thousands of volunteers showed it was 95% effective and showed no serious side effects,” The Associated Press reported. The vaccine is still considered experimental until the final Test is done.

There is no mention of the risk of infertility in the publicly available Pfizer study-developed with its German partner BioNTech. On 20 November 2020 Pfizer said in a press release that no safety concerns were observed during vaccine studies.

What do doctors say about vaccinating pregnant women with Corona?

New guidance has revealed that pregnant women will not receive the coronavirus vaccine during its UK launch because the potential risks are unknown, reports The Daily Telegraph’s Amy Jones.

After the UK approved Pfizer’s vaccine for use Wednesday, the Joint Committee on vaccination and immunisation (JCVI) updated its advice to urge pregnant women not to apply for vaccination.

The committee said there was a lack of evidence about the vaccine’s impact on pregnant women, but stressed that further research to assess the risks was still ongoing.

“Data on the impact of the vaccine on transmission (virus) along with data on the safety and effectiveness of the vaccine, will likely allow for consideration of vaccination across the rest of the population,” the advice says. As trials on children and pregnant women complete, we will also gain a better understanding of the safety and effectiveness of vaccines in these people.”

Young children with “very high risk of exposure and serious outcomes” -such as older children with severe neurological disabilities – should receive vaccination, the study says.

Public Health England last week published guidance that there was “insufficient evidence” to recommend routine use of covid-19 vaccines during pregnancy, The Daily Telegraph reported.

The guidance stated that while” there is no known risk “associated with pregnancy”as with most pharmaceutical products, no specific clinical trials of the covid-19 vaccine have been conducted on pregnant women.”

The report adds, “Although the available data do not indicate any safety concerns or harm to the pregnancy, there is insufficient evidence to recommend the use of routine vaccines SGRF-19 during pregnancy”.

The NHS inform website says the vaccine is not recommended for pregnant women or those planning to become pregnant, as it has not been tested on pregnant women.

He adds that pregnant women at risk of coronavirus infection (e.g. front-line health care workers and social welfare workers) should be vaccinated as soon as possible after birth.

Experts say the hopes raised by the rapid development of vaccines do not yet extend to pregnant women, but their safety and needs must be taken into account during vaccine distribution, Hopkins Bloomberg Public Health’s Brian W. Simpson reports.

He added that the United States did not allow pregnant women to participate in vaccine trials, so data on safety during pregnancy to be late and limited at best.

More information about the vaccine, and the threat posed by covid-19 to pregnant women and their children, will help experts assess the risks of vaccination compared to the risk of not being vaccinated against a disease that can cause serious harm

And Ruth Caron Director, Centre for research on optimization and control of vaccine Johns Hopkins School Bloomberg “by next year, we hope to have a clearer picture on both sides of the equation.. If the virus poses a significant risk to pregnant women, it is likely that pregnant women will be offered a vaccine sooner.”

The report quoted Carly krupiner, policy fellow at the Center for global development, as saying that there must be a reasonable justification based on the risk-benefit profile, “not doing so and categorically excluding pregnant women without such justification would be unethical.”

“What is important is that pregnant women should not be left behind while developing these new technologies and new vaccines. Their needs must be considered.”

In conclusion, it should be emphasized that medical recommendations are always subject to review based on the latest results from medical research and tests. Therefore, the vaccine may later be recommended for pregnant women. Always consult your doctor and official health bodies in your country.