Couples are more vulnerable to Corona infection … Know the details 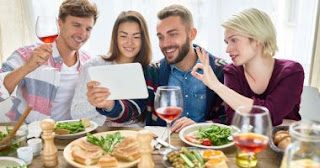 An American study revealed that a new analysis of 54 cases in more than 20 countries proved that homes where someone was infected with the Coronavirus remained a hotbed of virus transmission, even if the general societal prevalence was low.

According to the study, published in the Journal of JAMA Network Open, couples were more vulnerable than other family members, likely due to sleeping in the same room.

Your home is a hotspot to catch Coronavirus

The study found that the risks were higher if a family member showed symptoms of corona – such as coughing, sneezing, body aches, chills and fever – than if the person showed little or no signs of the virus. The risks were also higher for adults than for adults and children.

A recent study by the US Centers for Disease Control and Prevention found that infection among family members occurred quickly, and researchers found that more than half of people (53%) who lived with someone fighting a Corona infection contracted the infection within a week, and about 75% of these were secondary infections. They occurred within 5 days of the patient’s first symptoms.

Less than half of the infected family members developed symptoms at the time the infection was first detected.

The Centers for Disease Control and Prevention (CDC) team reported that “many people did not report any symptoms within 7 days of follow-up, which confirms the possibility of transmission from secondary contacts without symptoms and the importance of quarantine.”

Isolate yourself or someone you love

Staying isolated from other family members is difficult, especially if you are in a small place or there are children in the house, but if you have someone in the house who is older or immunocompromised, you may want to isolate them on one side of the house so that they are not Children and everyone around them regularly. “

Corona spread patterns indicate that groups of people who live close to each other are more likely to be infected than each other. If children are part of that family, they may have few symptoms but they are contagious. ”

Consider having everyone who lives in the home wear a mask indoors, as doing so was 79% effective in preventing the spread of the virus, according to a recent study, when family members began wearing masks before symptoms appeared in the first infected person.