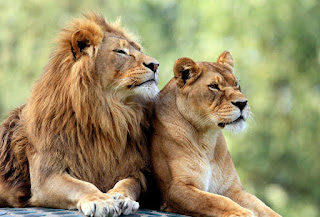 Spanish veterinary authorities said that 4 lions in a Barcelona zoo had tested positive for Covid-19, in the second known infection of feline animals (cats) with the emerging coronavirus.

The four lions, which are 3 females, Zala, Nima and Ren Ren, in addition to a male named Kyombe, were examined after the guards noticed slight symptoms of the Corona virus on them.

The authorities said that two zoo workers were also confirmed to have the virus, after the outbreak was first detected last month.

Authorities are investigating how the lions were infected.

I had been tested by «. C. The R ”for lions is the same way it is done for humans, as they are accustomed to mixing with zookeepers.

The Barcelona Veterinary Service contacted colleagues at the Bronx Zoo in New York, where 4 tigers and 3 lions were infected with the virus in April.

This was the only other case in which feline animals were confirmed to have the disease. New York’s animals have recovered.