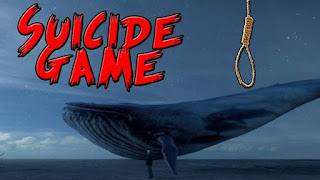 In a new episode of the “Blue Whale Game” crimes, Egypt was rocked by a hideous murder after a 17-year-old young woman was burned for her mother and brother in their home in Sohag governorate, in implementation of the “game” orders.

According to Egyptian media, the accident resulted in the death of all of Shamia M. S., a 49-year-old housewife, and her son Muhammad A. K., a 16-year-old student, and her second son, Taha A. K., 9 years old, due to scattered burns on the body.

The result of the security investigations revealed that the young woman, Shahinaz, was suffering from psychological disturbances, and that she was playing the game on her private phone and set fire to the house as she requested. The young woman was arrested and an investigation has been opened.

The Egyptian authorities launched a campaign on social media pages warning children and adolescents of cyber violence and “bullying” in light of the incidents stemming from the “blue whale” game.